A robotic dog with a loudspeaker patrols Shanghai (left) and a bad parker is punished with sanitary pads (right).

A robotic dog acting as a public messenger to dispense Covid-19 prevention advice in Shanghai went viral as the city continued to fight its worst outbreak so far .

The robot was carrying a loudspeaker on its back and strolling around a residential complex in the city, blaring messages such as:

“Wear face masks, wash your hands frequently, take your temperature and disinfect your flat,” according to Xuancheng Daily .

The video was shot on Wednesday (March 30) as many residents were placed under lockdown in Shanghai as the city reported 5,982 new Covid-19 cases, its highest number since the start of the pandemic.

Other messages from the robotic dog were, “Gather less and improve indoor ventilation”, as well as, “Fight against the pandemic with science and stay civilised when outdoors.”

A woman in eastern China slapped the windscreen and front windows of a luxury car with unused sanitary pads to punish a driver who had blocked her way out of a car park for five hours.

The woman from Nanjing in Jiangsu province said she could not leave until the car moved and had tried to call the owner, according to online.sh.cn.

Local officials and traffic police said they could not handle this kind of case, forcing the woman, and her young child, to wait for the owner to return.

She said she covered the windscreen with unused sanitary pads to humiliate the owner, and some people online even suggested that she should have covered the pads in ketchup.

Eventually, security guards helped move the car so the woman could leave. The car’s owner apologised to the woman the next day.

KFC’s new stock image website crashed on Thursday after it was overwhelmed by people trying to download free-to-use high-resolution images of its menu items. 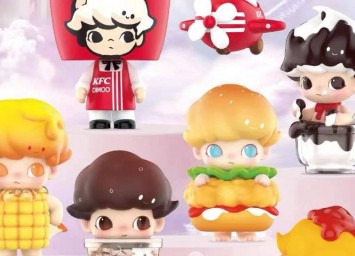 The company launched Chicken Stock globally last week, allowing people to download stock images of its food for free. KFC said competitors, including many local mainland fast-food outlets, had been stealing pictures, but since those pictures were low-resolution, it hurt its brand.

In its announcement, KFC wrote: “Even though they can borrow our pictures, they will never borrow our taste.”

“KFC is so generous in doing this,” wrote one person on the news portal sina.com.cn. “This reflects the company’s confidence.”