'Rainbow for you': Woman dies day after wedding, saves 3 lives with organ gifts

A handout photo. The family of a young woman who died a day after her wedding have been praised for donating her organs and saving lives.

A woman who died the day after her wedding managed to save three lives after her organs were donated by her husband and family, earning praise across mainland China.

The woman, surnamed Zhang, from Fuping county in Shaanxi province, northwestern China, suffered a brain haemorrhage the day after her wedding and died in hospital, the Red Cross Society of China reported on Friday.

Her family have been devastated by her death.

Although still grieving, they made the decision to donate her organs to help save the lives of others and said it was what Zhang would have wished.

“Zhang had said that she would like to save people by making organ donations if anything ever happened to her,” Zhang’s family told volunteer coordinators at the hospital.

The woman’s widowed husband and parents agreed to donate her organs on the spot and filled out the required paperwork.

Doctors, nurses, and volunteers who were present at this moment were moved to tears by the generosity of Zhang’s family.

After the successful removal of her organs by a team of six doctors, the lives of three people were saved. 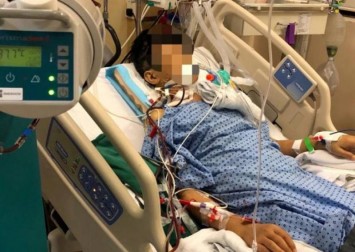 “The organs she donated saved strangers in need, benefiting others and society. I am deeply gratified, albeit still filled with grief. Maybe someday I will encounter her shadow in the crowd somewhere in the city,” her widowed husband said.

The generosity of Zhang’s family touched online users in China after the story was reported, with many offering blessings for Zhang and her family.

“Good girl, Heaven will sprinkle a lovely rainbow for you,” wrote one person.

Another wrote: “Angel all the way. May there be no pain in Heaven.”

“Organ donation is a way of living on after death,” another said.

Public awareness about organ donation is rising in mainland Chinese society. At the start of this month, the parents of an eight-year-old girl with cancer in central China agreed to donate her organs and saved five people in the process.

In June, a family in eastern China donated the organs of their 24-year-old daughter who died in a traffic accident on her way to work.

According to the China Organ Donation Administrative Center, as of Aug 2, this year, the number of successful donors totalled 41,081 with 123,896 organs donated.