Real estate purchases, especially homes, by women professionals rose sharply in 2018 in the top tier cities of China and reshaped the sales strategies of some developers, a new industry report said.

It has long been a social norm in China that ahead of a marriage, it is the male spouse who is responsible for apartment purchases, or at least for the down payment. But data from Ke.com, an online housing agency and subsidiary of real estate agency giant Lianjia, shows that such traditions are changing in the big cities as more financially independent single women have started investing in properties.

According to the report, in 2018, 46.7 per cent of the property buyers in 12 first and second-tier cities were women. And as ages increase, awareness toward buying property grows as well. The report said in the 30-year-old category, 47.1 per cent of single women purchased their own properties, with over a third doing so without mortgages, and 23.4 per cent of them owning more than one property.

The research said most of the surveyed women felt a sense of security toward the future after purchasing properties. Dong Fang, a 28-year-old property investment manager who has just invested in a 40-square-meter flat in Shanghai, agreed. 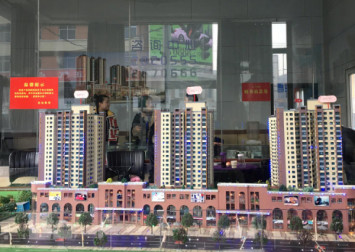 "It doesn't matter if I marry or not, now that I have a roof over my head," Dong said. "I just need to sort out my retirement and major insurance, then whatever the future holds for me, I won't be too scared."

About 64 per cent of the women respondents aged below 30 said living in a rented house after getting married was unacceptable, but the ratio was down to 45 per cent among women aged over 30. The report suggested that it was linked to the fact that sophisticated women were likely to own properties already.

The report also found out that in the choice of property, unlike men, women showed stronger preference to those that were close to premium education resources and transport infrastructure.

The changing trend has to some extent affected the marketing strategy of some property developers. Liu Ce, research director of Kaisa Group Holdings Ltd, a Hong Kong listed property developer, said the look of the property, including interior design and views, was becoming an important factor, while location and price were less decisive.

"The gender gap in the workplace is shrinking. Thus more women are financially capable of buying properties on their own, especially those living in first and second-tier cities," said Pan Helin, an economic commentator.

He said as the divorce ratio remained relatively high, owning property provided a sense of security for women.

"Growing salaries of women professionals have changed their perceptions about marriage," he added. "More women have come to realise the importance of having their own place and gaining independence."