Jack Ma was the richest Chinese tycoon in the Hurun Global Rich List 2019 with a fortune of US$39 billion (S$53 million).

A record 213 Chinese billionaires dropped out of the widely watched Hurun Global Rich List, as slumping stock markets worldwide wiped out a combined US$1 trillion (S$1.3 trillion) from the fortunes of the world's wealthiest individuals, a report released on Tuesday showed.

Only 658 super-rich individuals living in the Greater China region made it to the 2019 list, down from 819 last year.

The squeeze felt by Chinese billionaires was much deeper than their peers in other countries, as the country's worst stock market performance in four years was compounded by a weak yuan.

A year-long bearish stock market, partly attributed to the trade dispute between the United States and China and partly caused by a slowing economy and Beijing's deleveraging campaign, saw the Shanghai Composite Index drop 25.7 per cent year on year as of January 31 - the cut-off date for the Hurun list.

During the same period the Chinese stock market lost 13 trillion yuan (US$1.9 trillion) in market capitalisation.

"A big drop in the Chinese stock market coupled with a 6 per cent drop in the Chinese yuan were the main causes of the drop in [the number of billionaires from] China," said Rupert Hoogewerf, chairman and chief researcher at Hurun Report, which compiles the list of individuals with a wealth of more than US$1 billion.

The rapid reversal in the fortunes of China's billionaires comes after years of breathtaking accumulation of wealth. Last year, China added a record 210 individuals to the Hurun global list, dwarfing the US increase of 19. But this year, the US substantially closed the gap, adding 39 billionaires, compared to 52 from China. 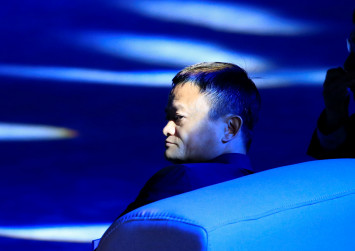 China had more billionaires than the US for the first time in 2016. The country had 658 billionaires compared to 584 from the US in this year's list.

The stock market rout hurt the fortunes of Chinese tycoons He Jiangjian and his son He Jianfeng the hardest. The owners of home appliance maker Midea lost 34 per cent of their wealth - 10 billion yuan (US$1.5 billion) - from a year ago because of the company's plunging stock price, which fell 27.3 per cent in the 12 months to January 31

Property tycoons were not spared either. Yang Huiyan, who inherited a 57 per cent stake from her father in Country Garden, China's largest developer, saw her wealth fall by some 40 billion yuan.

Jack Ma, whose wealth mainly is derived from Alibaba Group Holding, was the richest Chinese in the Hurun list with a net fortune of US$39 billion. He rose four places in the global list to number 22.

Pony Ma Huateng, founder of internet giant Tencent Holdings, ranked second. He, however, saw his wealth contract 19 per cent to US$38 billion.

But it was not all gloom and doom. China minted 52 new billionaires.

Colin Huang Zheng, founder and CEO of China's fastest expanding e-commerce company Pinduoduo, became the fastest person in the world to create US$10 billion or more from a standing start.

The 39-year-old amassed made his fortune after Pinduoduo became the second-largest Chinese company to list in the US after Alibaba.

Zhang Yiming, the 35-year-founder of ByteDance, nearly tripled his wealth from a year ago, after the company behind the short-video giant Tik Tok was valued at over US$75 billion.

"Despite the slowdown in the Chinese economy, there is significant innovation going on, shown by China having more new faces than any other country in the world," Hoogewerf said.

Globally, 430 billionaires dropped off the list, the biggest ever loss.