Retired teacher Zhou Xiufang, 72, has spared no effort in raising funds to build 30 primary schools in poverty-stricken areas of Hunan and Guizhou provinces over the past five years.

Retired teacher Zhou Xiufang, 72, has spared no effort in raising funds to build 30 primary schools in poverty-stricken areas of Hunan and Guizhou provinces over the past five years.

In 2014, Zhou, from Ningbo, Zhejiang province, had just retired and heard on a news report that a school in Huishui county, Guizhou, was recruiting teachers. She immediately applied for a post and was accepted.

As a result of her childhood experiences she said she hoped to help children from impoverished families receive an education.

"My family was poor when I was young," she said. "One of my teachers paid my education fees, so I did not drop out of school. I was a lucky child, who was able to continue my studies."

The fundraising idea came to Zhou in March 2015 when she volunteered to teach at a primary school in Tonglin village, Xupu county, Hunan.

She was shocked that the school's facilities consisted of three mud houses without glass windows, running water or electricity. A dozen students were squeezed into a small classroom with only three small electric heaters to keep them warm in winter.

Zhou posted about the school's dilapidated state on the internet, with the sole intention of raising funds for supplies. Her post was read by one of her former students, Zhang Gang, who went to visit the school and was moved by its plight.

Thanks to more than 300,000 yuan (S$61,090) he donated, the Hongsheng Project Hope Primary School, named after Zhang's company in Shanghai, was rebuilt and completed in July 2015.

Project Hope is endorsed by the central authorities and is tasked with improving education infrastructure and reducing student dropout rates in the country's poorest areas. 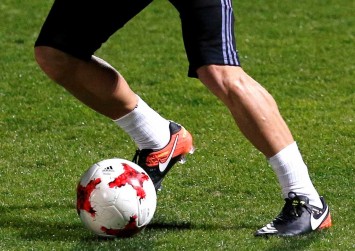 Encouraged by Zhou, more individuals have made donations to help build schools across the county.

"The construction of Project Hope primary schools in rural areas of our county is now on the right track, and it owes much to teacher Zhou," said Yan Anmin, head of Xupu's education bureau.

Zhou has also dedicated herself to trying to solve the teacher shortage in the county. She has lobbied education authorities to hire more qualified teachers, and facilitated cooperation between the county's education bureau and Ningbo's Yinzhou district for student and teacher exchanges.

Her work has been supported by charity organizations in Ningbo and Zhejiang. The People's Education Fund of Yinzhou district in Ningbo launched a special fund for Zhou and allocated it 2.5 million yuan ($381,785) in initial capital.

To date, Zhou has helped build 30 primary schools, and more than 400 impoverished children have received or are receiving an education supported by funding and donations of 35 million yuan.

Zhou has also used her monthly pension of 7,000 yuan to help poor students and their families. 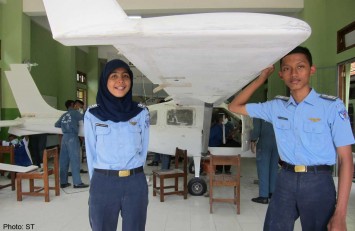 One of her students, Zhang Zige, had difficulty learning due to eye problems, and her impoverished family relied on her elderly grandparents for financial support. Understanding their difficult situation, Zhou gave 5,000 yuan to the grandparents and took Zhang to see an eye specialist in Huaihua, Hunan.

Zhou lives a thrifty existence, often eating plain rice and pickles as a meal. She has rheumatoid arthritis, and her surgeon has told her she needs knee replacement surgery otherwise she risks spending the rest of her life in a wheelchair. However, on hearing that the operation costs 60,000 yuan, she rejected it immediately. "That's too costly for me," she said.

Despite the bleak prognosis if she does not have surgery, Zhou believes her condition is improving. "It doesn't hurt that much when I walk, I haven't bought a wheelchair, and I've even got rid of my walking stick," she said with a smile. "As long as my knees permit, I will keep going."