Dumped watermelons rot by the roadside in Myanmar near the border with China’s Yunnan province.

Thousands of tonnes of watermelon are lying dumped by the roadside along Myanmar’s border with southwestern China, with local exporters complaining that strict Covid-19 pandemic controls had made trade in perishables “nearly impossible”.

Major road links to the city of Ruili in Yunnan province – China’s major gateway to Myanmar – remain jammed with hundreds of trucks waiting to clear the checkpoints.

“Before the pandemic, we used to export more than 500 truckloads of fruit daily to China, mainly tropical fruits like watermelon, honeydew melon, mango, and so on. Now, fewer than 10 trucks can cross the border daily,” said Lee Htay, a 65-year-old transport company owner.

Business is only just coming back to life after five months of pandemic-related border closures, with China reopening a major road link at the town of Wanding in Ruili on Nov 26. But a painfully slow clearance process on either side has left exporters frustrated.

“We have to find ways to export to other countries or sell in the local markets, but those take time,” Lee said. “In most cases, we just have to throw the melons away.”

At least 200 trucks loaded with fruit are still stuck on the road from Myanmar’s second largest city of Mandalay to the border town of Muse, the main road link to Wanding and Jiegao in Ruili on the Chinese side, he said.

“Some drivers just gave up after days of waiting and abandoned the rotting cargo. They turned back to transport non-perishables, like jade and timber.”

And the pandemic is not the only challenge. There is also the impact of armed conflict in Myanmar.

Wanding is just 50 metres (164 feet) from the town of Pang Hseng in northern Myanmar’s Shan state, where junta troops and ethnic Shan armed groups have engaged in sporadic fighting since August.

The conflict has caused injury and property loss in Wanding, and affected business, with residents advised last year to minimise outdoor activities and take shelter if they heard gunshots.

According to the Chinese embassy in Myanmar, the Wanding gateway handled a total trading volume of about 200 million yuan (S$43 million) in December, a month after reopening, a drop of more than 40 per cent from the previous year.

Strict containment measures meant the border facility could only process about 40 trucks daily, the embassy said.

Ruili, which is famed for its jade and thrives on cross-border trade, has endured four lockdowns in the past year.

Despite widespread complaints from residents on social media, saying their patience and savings had run out after more than 300 days in lockdown, local officials have said the stringent measures put in place in March will not be relaxed, and residents will continue to be barred from leaving without good reason.

A Chinese fruit importer in Ruili said the opening of the Wanding land port was not really helping, as it now only allowed goods transported in containers, while most of the fruit from Myanmar was transported on bulk trucks via the Jiegao gateway, which has been under lockdown since July.

“I don’t think the trade situation will improve in the short-term. The Ruili government just said they are not going to relax the Covid-19 containment measures and fruit and vegetable imports from Myanmar are obviously not their top concern,” the trader said.

Ruili, bounded on three sides by Myanmar for nearly 170km (105 miles), also has the raging pandemic next door to contend with. As of Tuesday, the World Health Organization had reported over 528,000 confirmed Covid-19 cases and more than 19,230 deaths in Myanmar. The military coup in February 2020 has caused the country’s health system to collapse, with many health workers joining prolonged strikes.

Ruili has repatriated illegal immigrants found in the city, while erecting barbed-wire fences with state-of-art cameras on the border.

Apart from Ruili in western Yunnan, the southern city of Jinghong about half a day’s drive away is also suffering, after two asymptomatic Covid-19 cases were reported at the end of December.

A statement from local officials said both had had contact with the same illegal immigrant, but no further details were given.

Jinghong, a tourism hub famed for its biodiversity and minority Dai culture, welcomed nearly 11.5 million domestic and foreign tourists in 2020, according to official figures.

During the National Day Golden Week last October, Jinghong welcomed 340,500 tourists, an increase of nearly 28 per cent over the same period in 2020.

But the uptick was disrupted by several Covid-19 outbreaks in China in the second half of the year, and now the latest cases within the city have brought more uncertainties for business ahead of the busiest Lunar New Year season. 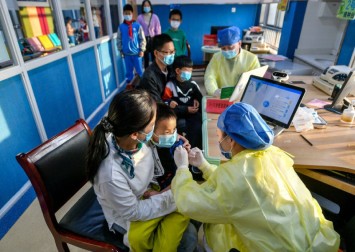 The two asymptomatic cases reported on December 27 triggered a lockdown and at least two rounds of citywide mass testing.

“Winter was supposed to be a hot season for tourism, with people crowding the streets and all hotel rooms booked, but now more than half of the rooms are empty,” a 28-year-old hotel operator named Ouyang said.

“We are now facing losses of hundreds of thousands [of yuan]. And, as I have learned, I am not the hardest-hit here, some hotels have even had to close.”

Yunnan last month listed 19 cities including Jinghong as border cities where those wishing to leave must show proof of negative Covid-19 test results taken within the previous 48 hours. Inter-province group tours have been suspended for the 19 cities.

A restaurant owner in Jinghong who declined to be named also said the latest outbreak in the city had greatly affected business, and feared that she might have to shut down if the situation continued.

“I didn’t earn much last year, and only counted on the coming Spring Festival to bring more guests, but would people dare to come now?” she said, using the name for Lunar New Year celebrations in mainland China.

Most stores catering for tourists have shut temporarily since the two cases were reported, and many visitors left after the lockdown was lifted partially, leaving hotels and restaurants dreading further loss of business.

“It has been too hard for us to get through the pandemic,” Ouyang said. “Too many uncertainties ahead and there’s nothing I can do.”