People line up to get a throat swab test at a temporary Covid-19 testing center as the coronavirus disease (Covid-19) continues in Beijing, China on Jan 26, 2022.

As new coronavirus cases reach fresh highs in Hong Kong, the neighbouring city of Shenzhen is also feeling the pressure to contain its worst outbreak fuelled by a new Omicron sub-variant.

From Tuesday (March 1), drivers must show a negative nucleic acid test result from within the previous 24 hours and undergo two further tests upon entering.

Those testing positive at the border will not be allowed in for 21 days. Those allowed in will be restricted to a "closed loop" and not permitted to enter any communities or public places in the mainland.

Last week, Shenzhen announced it had punished 882 truck drivers who violated the rules by suspending their exemptions from entry quarantine for 60 days or permanently cancelling them.

Two were being investigated for deliberately evading monitoring and could face penalties. 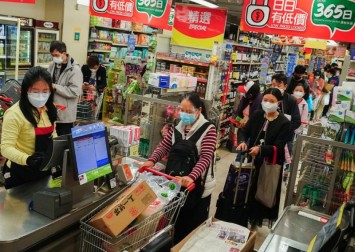 On Monday, Shenzhen announced 30 new cases, mostly detected among close contacts of confirmed cases and a few from mass screenings. That compares with 34,466 new cases in Hong Kong.

So far, more than 100 local cases have been detected in Shenzhen in the latest round which has spread across six districts.

The Shenzhen government vowed to "screen contacts of confirmed cases and key populations at top speed" and deploy preventive measures around the city.

The government said the city would continue mass testing, "fighting to eliminate potential transmission risks in the race against the outbreak and to stabilise the situation".

So far, Shenzhen has put 41 residential compounds under lockdown, and halted a number of city bus lines.

A number of parks, bookstores and gyms have also closed and several hospitals have stopped offering outpatient services.

Some companies, including internet giant Tencent, which has more than 20,000 employees in Shenzhen, have asked all staff to work from home.

The National Health Commission said on Saturday that Shenzhen's new outbreak had complex transmission links and a high risk of community spread. So far, local authorities have not announced an origin for the outbreak.

Among Shenzhen residents, there is some worry about the prospect of a rapidly imposed quarantine. 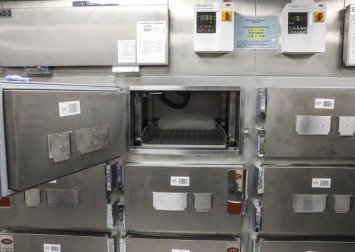 One popular social media comment is that "your neighbour decides where you will sleep tonight".

On Friday, tens of thousands of workers fled the Kexing Science Park, the most densely populated hi-tech park in the city, after a rumour spread that a worker had tested positive.

A worker at an internet company based in the park, who did not want to be named, said people were flooding out at around 4pm, trying to escape being confined to their offices.

He said he saw many people carrying their computers and screens on their backs on the way out.

That night, authorities announced that it was a false alarm — the worker had tested negative.

There were also suggestions on the weekend that Futian district, home to many government buildings, would be locked down entirely because stowaways from Hong Kong were hiding in this area. The Futian government later dismissed the rumour.

Nevertheless, the general limitations are wearing.

Michael Li, a book editor in Shenzhen, said he had not left the city for nearly six months.

He said he was working from home, only going outside each day for testing.

"The weather is getting warmer. I'd like to see the country, maybe travel to Yunnan," he said.