A handout photo. This poster on a school wall in central China warning teenage girls to avoid ‘damaging’ behaviours that will make them ‘imperfect’ has been taken down.

A wall poster telling teenagers that “chaste women have smarter offspring” has been removed from a school in central China after sparking controversy on social media.

The large sex education poster, on a wall next to the playground at Zhipu Middle School in Henan province, advised students that a “scientific study” had also found that women who did not remain chaste gave birth to stupid children.

It went on to provide a long list of “damaging” behaviours including wearing revealing clothes, sex before marriage and having an abortion – calling them “imperfect” and warning they would lead to not being able to find a husband.

The poster was removed from the school, in the township of Jiajinkou in Gongyi city, by the local education department after it was shared on Chinese social media platform Weibo over the weekend.

A statement from the Gongyi government publicity department said an inspection of the school’s environment was also under way.

According to the statement, which was uploaded to Weibo on Tuesday, the poster had been put up “without authorisation” by a local resident surnamed Xing who had been summoned and “educated” by the police.

The statement pointed out the playground was open to the public outside school hours but said authorities would “further purify the environment surrounding schools and stop such things from reoccurring”.

A teacher surnamed Zhang said the poster had been up for at least a year, according to a report by online news portal Thepaper.cn on Tuesday.

In the same report, the school’s principal Qiao Shiqing said the township government owned the playground and was responsible for advertisements on its wall. 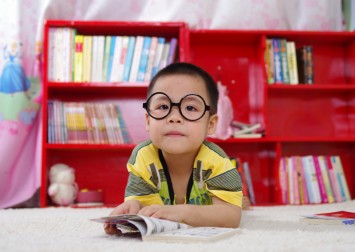 An interview request by the South China Morning Post to the township government was declined.

Women were also advised to avoid low cut shirts, low waist trousers and skirts because they were harmful to health.

Morality education targeting women has proliferated in recent years, in response to what many people in China see as a moral decline in the country, amid widespread premarital sex, prostitution and a surging divorce rate.

In August last year, a summer camp in Wenzhou, in the eastern province of Zhejiang, was shut down because of public pressure after it was reported to be teaching students that “men are heaven and women the earth”, and that women, being inferior, should stay at the bottom of society.

Feng Yuan, director of Beijing-based women’s rights non-profit group Weiping, said the poster was “extremely absurd”, regardless of whether it was put up by an individual, the school, or the township government.

“Such advertisements are based on stereotypes and unreliable information. Via these explicit expressions, they belittle women’s sexuality and make excessive demands on women with double standards and sexual morality,” she said.

“This incident shows how urgently we need to provide comprehensive sex education based on rights, to youths, adults and especially policymakers.”