A Hong Kong secondary school teacher has been jailed for six weeks for taking upskirt pictures of his students and uploading them to an internet forum.

Sha Tin Magistrate Li Chi-ho on Wednesday said Sung Sing-po, 35, had committed a serious crime and violated his role as a teacher by taking indecent photographs of his students.

"It was a serious breach of trust," Li said.

The court heard that Sung was a teacher at an undisclosed school from 2011 to 2017, during which time he committed the offences against a secondary one student - who was referred to in court as Y - and a more senior student called X.

Prosecutors said Y recalled Sung swiping his mobile phone near her knees, but she was not aware that he was taking upskirt photos.

Two years later, however, a friend told Y that the upskirt photos of her had been posted on an internet forum. She later confirmed the photos were of her.

X was a member of the student union, for which Sung was a consultant teacher. She identified herself in eight of the photos from the internet. 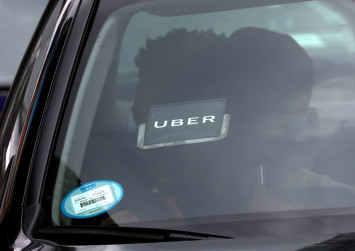 Sung was arrested after reports were made to the police. Sung admitted to investigators that he took pictures of X at the playground, and of Y when he was her teacher during liberal arts classes.

He told police officers that he uploaded the photos onto the forum because it would earn him the points he needed to access other pornographic images.

Sung's barrister, Jacky Jim Chun-ki, told the court that he became obsessed with internet pornography because he did not have a good relationship with his wife, who has since left him. Sung was diagnosed with voyeuristic disorder, Jim told the court

He said Sung had sought professional help since he was charged and had improved his attitude about sex and helped his depression.

The barrister said Sung had been also subjected to emotional stress because the court proceedings had been hanging over him for more than a year.

Sung was originally charged with obtaining access to a computer with a dishonest intent - to which he intended to plead guilty - but the Court of Final Appeal ruled in April that the charge should not apply to most upskirt photo cases.

The top court's decision left many upskirt cases in limbo. Sung was sentences under the present set of charges after the far-reaching ruling.

Committing an act outraging public decency carries a maximum sentence of seven years if tried at a higher court. The penalty at magistrates' courts is one to two years in prison.