A handout photo. Scientists analysing 9,000-year-old pots from China found evidence that they were used to hold beer.

Scientists who analysed 9,000-year-old pottery discovered in eastern China said our ancient ancestors might have enjoyed a fresh pint as much as the next person.

An analysis of ancient pots and cups found in Qiaotou, Zhejiang province, showed that the vessels contained beer made out of rice.

The study, published in August on PLoS One, a peer-reviewed open access scientific journal, argued that the beer was drunk by the Shangshan people as part of burial traditions and communal gatherings.

The reason the scientists believe the pot held beer and not, say, wine, was because, after analysing the residue left in 20 pieces of pottery, they found it contained ingredients such as mould and yeast that are consistent with beer fermentation.

The scientists also found phytoliths, or plant particles, consistent with rice, suggesting it was a key ingredient in making the drink. They believe the beer was made using three ingredients: rice, Job’s Tears (an Asian grainy plant) and tubers, which hold nutrients in plants like potatoes.

The team also found a qu mould starter used to ferment alcohol, which would make the mould 8,000 years older than its first appearance in written records.

The study found that the mould in the pots was similar to koji, a modern ingredient used to make sake. All of this evidence points to the cultivation of “rice beer”.

Read Also
‘Hold my beer’: Carlsberg shows industry how to keep the taps flowing in China during Covid-19 pandemic 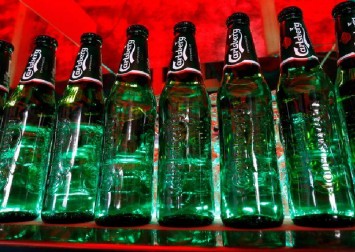 The Shangshan people were a neolithic culture and were the first known civilisation in eastern China to begin cultivating rice.

“If people had some leftover rice and the grains became mouldy, they may have noticed that the grains became sweeter and alcoholic with age,” said Jiajing Wang, one of the co-authors, in a press release from Dartmouth College, where she is an assistant professor of anthropology.

“While people may not have known the biochemistry associated with grains that became mouldy, they probably observed the fermentation process and leveraged it through trial and error,” she said.

The pots were found in a platform mound, which is a raised man-made structure that typically was used as the base to support a larger structure.

The pots were also painted with white markings – such as a design that resembles the sun and white dots circling the vessels – making them some of the oldest known painted artefacts ever found.

They also had a communal design, suggesting that the vessels were passed around and shared, possibly at a party or funeral.

The archaeology site in Qiaotou is believed to have had burial pits, indicated by human remains found in the area. Shangshan burial pits also tend to be found with large amounts of pottery, which is where the vessels analysed by the scientists were discovered.

“The discard contexts suggest that beer drinking was critical for funerary rituals,” said the report.

Beer was likely a luxury item for people at the time, making it a treat to honour a special occasion.

The report said the discovery added to our understanding of the role of alcohol as a “social act with cultural and political significance”.

“The discovery of beer at Qiaotou provides comparative data for the archaeological research of social drinking in other world regions,” the researchers wrote in the report. 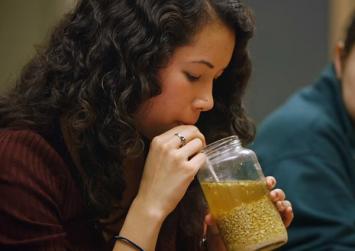 Besides the funeral ceremonies, scientists also hypothesised that alcohol was used to build relationships across villages and towns that were becoming more integrated with one another.

They added that it could have been a precursor to more complex rice-based societies that emerged in eastern China 4,000 years later.

In anthropology, a “beer hypothesis”, first proposed in 1953, posits that the desire to create alcohol resulted in the domestication of cereal crops such as wheat, maize, rice, oats, and other similar plants.

The PLoS One report suggested their evidence is another data point to support the idea.

The oldest evidence for beer drinking was discovered at an Israeli burial site in 2018 and suggested people were drinking beer 13,000 years ago.