Rice noodles are seen by many Hongkongers as a healthier option.

Hong Kong’s consumer watchdog has warned that the sodium content of several brands of rice noodles, seen by many as a healthier staple food, is higher than labelled, with one product 41 times more than declared.

Tests by the Consumer Council found that seven out of 23 samples, including vermicelli and mixian noodles, exceeded the sodium content declared on their nutrition labels.

That could cause people to unknowingly consume more sodium when eating rice noodles, a popular food staple, Lui Wing Cheong, vice-chairman of the council’s research and testing committee, warned on Tuesday.

A sample of Tapioca Rice Sticks from Vietnam-based Bich Chi Food Company had a sodium content 41 times more than what was declared. While the label indicated the product contained 10 milligrams of sodium per 100 grams, tests showed the actual amount was 400mg.

Bich Chi Vina Noodle, also from the company, had a sodium content about 30 times higher than stated. The manufacturer had labelled the product as having 10mg of sodium per 100 grams but it was found to have 302mg instead.

The council has passed the relevant data to the Centre for Food Safety (CFS) for follow-up action.

The World Health Organisation recommends a daily sodium intake of less than 2,000mg for adults.

Lui also urged consumers to bear in mind that many noodle products came with additional flavourings, such as seasoning and sauce sachets. 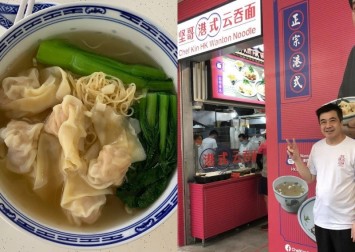 “This could increase the fat and sugar intake if used as a soup base. Therefore, consumers should try to reduce the amount of flavourings used, as well as refraining from drinking the soup,” he said.

In response, the importer of the Bich Chi noodles said labelling discrepancies were due to differences between the exported and domestic versions of the product. The information on the packaging was also not updated in time, causing differences in the nutritional values.

The company said it would pay more attention and ask the manufacturer to check the values on a regular basis.

More than 70 per cent of the 23 samples were found to have discrepancies between their labels and nutrient contents that did not comply with CFS requirements, although the council said the differences for fat, sugar and protein were not high.

The council also said it received 23 complaints about rice noodles last year, a 64 per cent rise over the 14 it got in 2020.

“The main source of complaints is the quality of the noodles,” council chief executive Gilly Wong Fun Han said. “When they arrive, it could be that the noodles were mouldy … or even have odd smells.”

Other complaints included rice noodle packs having been opened or expired when they delivered after shopping online, she added.