Chinese women who caught Covid-19 earlier in pregnancy were at lower risk for severe disease than those who became infected later, according to an analysis of cases in expectant mothers during China’s initial outbreak last year.

Researchers at the National Clinical Research Centre on Obstetrics and Gynaecology at Peking University Third Hospital in Beijing assessed 138 pregnant women who came down with Covid-19 in early 2020 to fill what they said was a gap in data on how the disease affects this potentially at-risk group.

“Special attention must be paid to patients infected with Sars-CoV-2 in late pregnancy since the risk of severe illness among them seems higher than that of patients infected in the early stage,” Qiao Jie and co-authors wrote in a paper published on the preprint server medRxiv on Saturday. The paper has not been peer reviewed.

Previous studies have indicated that pregnant women are at higher risk of developing severe Covid-19, compared with non-pregnant women of a similar age, according to the World Health Organisation.

The Chinese study found that pregnancy did not put the women evaluated at a greater overall risk for severe Covid-19, and patients infected with Sars-CoV-2 in early pregnancy were even at lower risk of severe illness than those infected in the late stages.

A higher proportion of pregnant patients in late pregnancy also needed oxygen or ventilation as compared to those in early pregnancy, according to the researchers.

Differing physical conditions in women in late pregnancy could “have an important role in the clinical course of Sars-CoV-2 infection”, they said.

Read Also
Covid-19 FAQ for expecting parents: Can mums pass it to their unborn babies? Should pregnant women get booster shots? 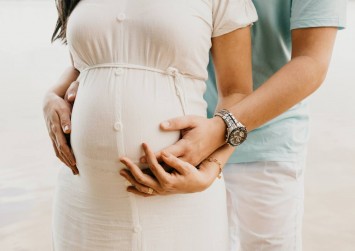 All of the cases were recorded between December, 2019 and mid-April 2020, when there were no vaccines for the coronavirus and little was known about how best to treat the disease. Infections were also from a different variant of the virus than is prevalent now.

In the small cohort examined, there were fewer severe outcomes in the pregnant women than among a control group of women – also of childbearing age and at the same hospital. There were 23 severe cases and three deaths in the control group.

The overall incidence of some clinical symptoms during hospitalisation among the pregnant group was lower than those of the control group, a factor that could be associated with immune system changes during pregnancy, the researchers said, pointing to gastrointestinal issues, muscle pain, and fatigue. Both sets of women had similar incidence of cough and fever.

The US Centres for Disease Control and Prevention also found in a study last year that women experienced symptoms like cough and shortness of breath at similar frequencies regardless of whether they were pregnant, but pregnant women reported headache, muscle aches, fever, and diarrhoea less frequently.

The US study, which included more than 8,000 pregnant women, found this group was significantly more likely to be admitted to an intensive care unit, though the risk for death was the same for pregnant and non-pregnant women. Other international studies have reached similar conclusions on the greater frequency of ICU treatment for pregnant women.

The Chinese researchers said their results were limited by the potential for missing data and variations in the clinical process of treatment and diagnosis.

They called for more long-term data for pregnant women both with and without Covid-19 to understand outcomes on both women and babies.