A famous film and acting teacher in China is under investigation after former students made allegations of rape and assault against him this week.

A new wave of the #MeToo movement has hit China after more than 20 people jointly accused a famous film and acting coach of sexually assaulting his students, some underage, over the past 15 years.

Beijing police are investigating the allegations made against Du Yingzhe, head of the famed Yinglook acting and film studies school who reportedly called himself the "godfather of the film industry" and bragged that he had "slept with 100 students".

The allegations came to light after a student at the Beijing Film Academy (BFA) and online influencer named Shi Ziyi, alleged online on Monday that Yingzhe, aged 40, has repeatedly harassed or sexually assaulted his students, including herself since he entered the industry in 2007.

Ziyi said the victims included a teenager who allegedly became pregnant with Yingzhe's child when she was 17.

After Ziyi shared her post with her 1.5 million followers on Weibo the allegations trended online, prompting 20 other former students and colleagues to come forward on Tuesday (Sept 20) alleging similar experiences with Yingzhe.

"Du Yingzhe tried to make us believe that sex equals art, that without sex there's no art, and no art school will accept us," one of the alleged victims wrote online.

"There're so many people doing disgusting things in the name of art. For the victims, being pretty becomes a burden," a Weibo user commented.

Read Also
'Who are you?' Groomsman gets jail, caning for molesting and sexually assaulting bride on wedding night 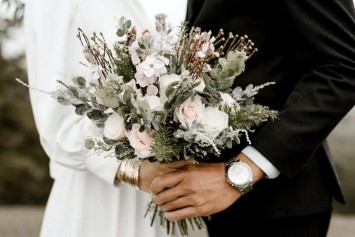 Ziyi, who was trained at Yinglook before being admitted to the BFA, said she decided to speak out after she learned by chance that a former classmate of hers had also been sexually harassed by Yingzhe.

"Yingzhe would physically harass every student he liked. Once he found the girl was timid and not bold enough to fight back, he would force her into sex," Ziyi wrote.

Yingzhe, who obtained his bachelor's and master's degrees from the BFA, apologised to, "those who had been hurt", but also defended his behaviour as a "controversial but effective teaching method".

"There is false information in those accusations, but I won't refute them any more. What's wrong is wrong," according to a screenshot of his latest response that was shared by Ziyi on Weibo.

"I'd like to apologise to all those who have been hurt. I'm really sorry," he wrote.

However, he insisted what he did was well-intended and aimed at: "Changing the fate of the students and helping them make greater achievements".

Beijing police have interviewed Shi and vowed to handle their investigations impartially after the allegations attracted national attention.

The allegations against Yingzhe have become just the most recent #MeToo scandal involving young people seeking opportunities in the entertainment industry.

Last week, a former student of Yingzhe's called Zhao Weixian, who currently majors in film directing at the BFA, was accused of tricking over 20 young women into filming themselves nearly naked and of stealing private photos from at least 120 women. 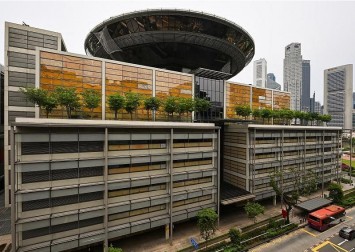 The BFA said in a statement last Friday that it had launched an investigation into the allegations against Zhao.

The #MeToo movement spread to China in 2018 after an online post alleged sexual harassment by a professor at the prestigious Beihang University in Beijing.

It rocked Chinese universities and workplaces, with students and alumni later circulating petitions demanding greater action against what was referred to as a culture of sexual harassment and rape.

The scandal widened as accusations spread to the NGO sector, the media, and religious communities in recent years, before eventually reaching sport and politics last year when tennis champion Peng Shuai accused a former Chinese Vice-Premier of sexual assault.