Sukhdeep Singh, a Sikh medical student, hopes to smash stereotypes at work and in society.

Sukhdeep Singh, 23, is used to getting stares. "It's because I'm so handsome," he says, chuckling. At nearly 1.9 metres, Singh naturally stands out from most Hongkongers, but he believes his height is not the only reason he is considered different.

"Some people who assume I don't understand Cantonese would comment on my turban in front of me, and on the MTR, people would rather squeeze themselves into more crowded rows than take the empty seats next to me."

Singh is a final-year medical student at Chinese University. When he graduates next year, he will become one of a handful of Sikh doctors in Hong Kong - and one of the few to wear a turban. While not all Sikhs wear turbans, Singh dons one as an article of faith and to keep his uncut hair tidy and clean. He has been letting his hair grow since he was about nine as a show of faith.

"The sad reality is, when I'm wearing scrubs and a lab coat, I get treated differently. If I'm wearing normal clothes, no one would believe I am a medical student," says Singh, who is one of about 12,000 Sikhs in the city.

"Patients might develop a different perspective on people with turbans in Hong Kong when they see me, a turbaned doctor, and, hopefully, start to view other ethnic minorities differently."

Born and raised in Hong Kong, Singh grew up surrounded by Cantonese speakers, including his own father, a civil servant. But he only realised the importance of speaking the language when he enrolled in medical school.

"Patients look at me strangely, and that's normal. But whenever I speak to them in their own dialect, their faces light up." 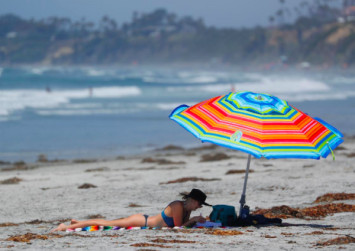 Although he struggled with Cantonese vocabulary at first, Singh is now fluent in the language and able to write in Chinese. He is determined to eventually "speak like a local", saying: "If I really am a Hongkonger, I should embrace every part of the culture." In the coming year, he hopes to improve his Mandarin to serve more patients.

While he has overcome communication barriers, Singh continues to be wary of the way patients perceive him, and keeps his beard tied and tucked in a low bun.

"At home, it's always free flowing, but at the hospital, I keep it up because you don't want to scare sick patients even more. As a community, we still need to address these sensitive issues through education."

Ethnic minorities who wear religious clothing, such as turbans and hijabs, often face discrimination, says Shalini Mahtani, founder and CEO of The Zubin Foundation, which aims to improve the lives of people in such communities in Hong Kong.

"They're often told they're smelly, people don't want to sit next to them on public transport. It's particularly obvious when they're on a packed MTR.

"At the workplace, other employees may complain about ethnic minorities bringing in food that 'smells funny' or 'bad'."

Citing a 2018 study by the foundation, Mahtani also gives the example of how many local kindergartens would not welcome ethnic minority children because they believe they are "lazy", "stupid" and require too much attention from teachers.

But she expresses hope that professionals like Singh will help raise the profile of ethnic minorities.

"Having more visibility for ethnic minorities is very important."

She also believes more can be done to raise awareness of ethnic minorities among Chinese Hongkongers.

"If we want to improve the number of ethnic minority kids getting into higher education, you need an organisation that can help them improve basic skills like CV writing. There weren't many educated Sikhs who could run an organisation like Pargaas, but now there are," Singh says.

He adds that Pargaas is also building a database on the characteristics of the Sikh community to look at what needs to be improved.

"We want to achieve harmony and to help others understand our culture. I just hope people on the receiving end would listen with open hearts."