China’s National Health Commission has claimed medical risks and ethical issues are behind its ban on single women freezing their eggs.

The commission’s stance has come under fire from Chinese internet users, who described the ban as discriminatory and said it deprived women of their right to have children later in life.

In China, assisted reproductive technology is largely used to help married women with fertility issues. Medical regulations deny single women access to treatments for in vitro fertilisation and egg freezing offered by Chinese hospitals and agencies. However, single men are legally entitled to freeze their sperm for use at a later date.

In a statement released on the commission’s website last month, it said egg-freezing technology would remain inaccessible to single women because the retrieval of eggs was invasive and medically risky and had the potential to affect a woman’s health. It also cited ethical issues, highlighting the unspoken potential for commercial exploitation of the practice by women selling their eggs. Surrogacy is illegal in China.

The commission said that it was considering giving the regulation barring single women the right to egg freezing and IVF treatment the force of law.

The commission’s statement said the issue of women who wanted to freeze their eggs simply to delay childbearing was a subject of fierce debate internationally and within academic circles.

“International studies have shown that the technology’s success rate drops as a woman’s age increases,” the commission said.

“In the US and Europe, experts have also clearly said that commercialised egg-freezing technology gives false hope to women, who may then postpone childbearing to a later age.”

The statement reinforcing the commission’s position was issued following a recent proposal by policy adviser and lawyer Peng Jing put forward at China’s annual political conference to change the regulations to allow unmarried women access to the technology to “ensure their equal rights”.

The commission’s policy sparked heated debate among government delegates and Chinese media as well as on the social media platform Weibo – China’s Twitter – with many users voicing concerns that the rules were a thinly veiled attempt to get young women to marry and have children early.

“It’s quite clear they just want women to have children early,” one commentator said.

Women’s fertility has been a hotly debated topic in China for decades. The country has struggled with a declining birth rate

In recent years, authorities have been encouraging couples to have more children, but many Chinese women are choosing to give motherhood a missfor reasons that include the difficulty in finding a suitable partner, the high cost of raising a child, and women leading more financially independent lives in China’s major cities. The trend has prompted an increasing number of women to seek to freeze their eggs.

An internet celebrity obstetrician-gynaecologist from Wuxi, in the eastern province of Jiangsu, who uses the online alias “Dr Chen”, defended the policy on Weibo, saying it was put in place largely to prevent surrogacy and women selling their eggs.

Dong Xiaoying, a Guangzhou-based lawyer and founder of the Advocates for a Diverse Family Network, said women should be able to assess the risks of the procedure themselves rather than the commission making the decision for them.

“For rich single women, they can always do this in the US or Europe; whether you restrict it or not, the demand exists,” Dong said, in reference to wealthier Chinese women travelling abroad to freeze their eggs.

In 2019, single woman Theresa Xu filed the country’s first lawsuit against the Beijing Obstetrics and Gynaecology Hospital over its refusal to freeze her eggs to protect her fertility until she found the right partner. In the landmark case, Xu claimed the hospital’s refusal in 2018, when she was aged 30, was discriminating against single women. 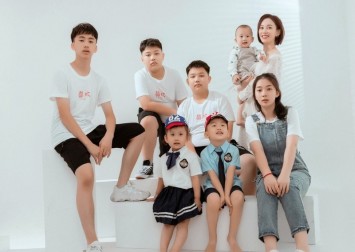 Xu said she wanted the government to be open to further discussion, taking into account the increasing extent to which assisted reproductive technologies were being used internationally, the laws made to govern it, and examples in other countries to follow.

“I think the technological issues can be improved with a better budget and scientific research. There’s already much discussion online about the ethics issue,” Xu said.

She added that the government’s decision to keep the technology unavailable to women who wanted to freeze their eggs because of a concern over commercialisation was unjustified, as even today, under the current policy, women were still selling their eggs illegally and surrogacy was a part of life in China despite its prohibition.

While the case was heard in late 2019, a verdict has not yet been reached.