Tugboats begin the final journey of the Jumbo Floating Restaurant from Hong Kong’s Aberdeen Harbour to its ignominious grave at the bottom of the South China Sea.

When Hong Kong does finally open up to tourists it's going to have to reshoot the postcards - because its world-famous attractions are fast disappearing. Last month we mourned the Star Ferry (it is surviving, barely) and now it's the turn of the flamboyant eatery the Jumbo Floating Restaurant.

I had an uneasy feeling watching it being tugged out to sea. After haemorrhaging cash for a couple of years, the owners were moving it to an undisclosed location. They refused to be drawn on where they were taking it and then - quelle surprise - it sinks en route to nowhere.

We can only speculate as to the circumstances, but one imagines a tug master inspects a tow before departure to ensure it is fit for the voyage. Losing it to the bottom of the South China Sea avoids the huge cost of scrapping it and environmental recycling. And you have to wonder about the insurance payout .

Opened in 1976 by casino tycoon Stanley Ho Hung-sun , the world's biggest floating restaurant was bold, brash and demanded attention. It was a massive pull for tourists and in its heyday, visited by Queen Elizabeth, Elizabeth Taylor, Jimmy Carter and Tom Cruise along with just about everyone else who came to Hong Kong.

Let's be frank, the food wasn't phenomenal. You went for the spectacle - the neon lights and gold trim, the ferry ride there, photos and bragging rights. Most locals went only once, to check it out, but that didn't mean they didn't love it - it was part of the landscape, a cultural icon.

Pre-pandemic, a typical day out for visitors to Hong Kong might have included taking the Star Ferry across the harbour in the morning, jumping on a bus to Stanley Market for the afternoon and wrapping things up with dinner on the Jumbo. Now the Star Ferry's days are numbered, the market is a shadow of its former self, and the Jumbo rests in a watery grave.

Tour guides will need to update their itineraries when they do get the green light to bring visitors to Hong Kong again because, post-Covid-19, it's a vastly different city.

As for the beloved Jumbo, it will live on in old movies - The Protector (1985), Infernal Affairs II (2003) - and in that epic scene of Pierce Brosnan jumping from the upper level of the restaurant in the TV adaptation of James Clavell's Noble House (1988).

Setting environmental considerations aside for a moment, the bottom of the South China Sea is far and away the best place for that gaudy monstrosity known as the Jumbo F***ing Rip-off. 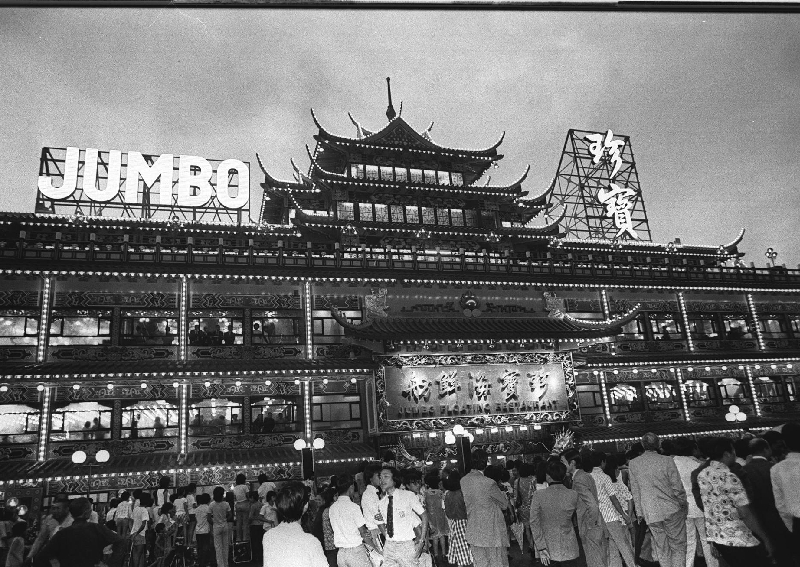 Actually, at roughly 11,000 metres deep, the Mariana Trench would make an even more apposite tomb. Better still, how about that beach at Chittagong, in Bangladesh, where ship-breakers reduce ocean-going liners to their constituent parts? I'd happily launch a crowdfunding campaign to ensure Hong Kong's worst ever fatal attraction got smashed to smithereens.

I went to the Mumbo Jumbo once and loathed it. Aberdeen Harbour was as stinky as ever. The food, to be generous, was mediocre, and the prices were not what you'd call a bargain. (In fact, it's like this with any novelty drinking/dining establishment: you pay for the mechanics in a revolving restaurant or the view in a sky bar and the soi-disant bragging rights in either.) 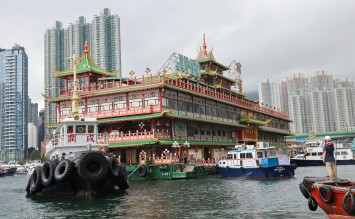 But what really stuck in my craw was the Bumboat's ambience: fake, ersatz, tawdry and - beneath the thin veneer of glitz - lacklustre; even the staff (in between half-heartedly hustling for tips) seemed to act as if they were taking part in a pointless pantomime, a show that was going to run and run and run.

Ha! But it didn't, did it? If there's one reason to be cheerful about the novel coronavirus, it's that it disposed of Jumbo Dumbo, the floating white elephant that no doubt earned the ultra-uxorious "Doctor" Stanley Ho Hung-sun a pretty penny or two.

All this begs the question: why does Hong Kong fall hook, line and sunken ship (sorry) for kitsch - and make such a fuss when very ordinary parts of the cityscape reach their expiry date? Long and loud was the wailing and gnashing of teeth when the Star Ferry terminal on Hong Kong Island met its end in 2006 . It was a nice design for sure, but it wasn't Gaudí's Sagrada Família, and its time had come. Surely, it's time to ban Hello Kitty, too?

Perhaps the Jumble's inundation could mark a, um, watershed for Hong Kong's food and beverage industry. Should Hong Kong International Airport ever return to anything like normal, it could really do with a hearty, authentic cha chaan teng to fill hungry travellers' stomachs rather than the bland menus regurgitated by international chains.

Failing that, perhaps residents could vote for which Hong Kong non-icon should be sent to the bottom of the sea once a year.