Picture shows six motorcycles impounded by police in the operation. The six motorcycles which have 1,000cc engines or above, were running uphill along Route Twists heading toward the city’s tallest peak - Tai Mo Shan - in Tai Mo Shan Country Park at about 10am, according to police. The bikes included a BMW K1300R, Suzuki and Yamaha.

A group of six motorcyclists in Hong Kong had their high-powered bikes seized after police suspected they had been illegally modified, during an anti-speeding operation near the city's highest peak on Monday.

The bikers were heading uphill along Route Twisk toward Tai Mo Shan at about 10am, according to police. Their bikes, which had 1,000cc engines or above, included a BMW K1300R, a Suzuki and a Yamaha.

Noise from exhaust pipes caught traffic officers' attention, according to a police source.

He said officers, who were on motorbikes and a patrol car for an anti-speeding crackdown, started following the group.

"All six motorcyclists complied with our officers' instruction to pull over," the source said. "No pursuit was needed." 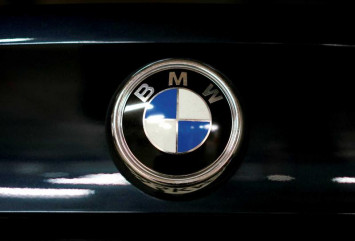 He said officers suspected the bikes' exhaust pipes and braking systems had been illegally modified. They seized the bikes and took them to the police vehicle examination centre. No one was arrested.

The source said that if defects were found in the bikes then the riders would face charges in court.

The interception was part of the force's crackdown against speeding in the New Territories North region, the second day of which began at about 8am on Monday.

Using radar speed detectors, officers spotted 109 vehicles speeding between 8am and noon on Monday, and court summonses would be issued to the motorists, according to police.