Tucked away in a nondescript office on the sixth floor of state-owned Tsinghua Unigroup's building near Beijing's Zhongguancun tech hub, a small team of around 30 is working on a system that could help to shape the fates of hundreds of millions of Chinese youths.

Founded in 2015, China Youth Credit Management (CY Credit) is working with the Communist Youth League Central Committee (CYLCC) and the National Development and Reform Commission (NDRC) in a leadership group to develop a social credit system for the nation's youth.

By gathering, sorting and analysing a huge amount of data on everything from someone's educational background to what is in their online shopping trolley, CY Credit has been able to launch an app that is designed to give college students and fresh graduates a taste of the rewards brought by having a good social record.

Not to be confused with a person's basic credit history, such as a US FICO score, the app builds a digital footprint of young people's behaviour and uses that data to incentivise actions considered as positive or socially beneficial. Although similar to how a bank offers higher credit limits with lower interest charges to model customers, social credit is much wider in scope and includes non-financial actions such as antisocial behaviour and volunteering. 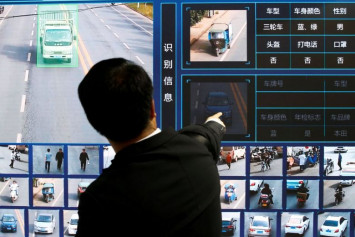 CY Credit, which is wholly owned by China's top state-backed chip maker Tsinghua Unigroup, wants to build a big-data credit system that covers all Chinese people aged between 18 and 45 - which is estimated at around 460 million.

"Unlike other social credit programmes that build black lists to do risk control, our credit system is designed to encourage good behaviour, offering credit guidance to China's increasingly globalised youngsters on how they need to behave to be in line with their overseas counterparts and become leaders and role models in their generation," Shi Yanying, president of CY Credit, said in an interview with the South China Morning Post, the first with overseas-based media.

In the case of college students, "positive information" such as publishing a research paper, obtaining an intellectual property right or working as a volunteer in nursing homes can all potentially lift an individual's credit score. Conversely, cheating at exams and plagiarism can lead to negative results in a credit score.

Those with low credit scores will not be punished as such, they will just not receive the same benefits that those with scores above 640 - considered as "excellent credit" - will be entitled to, such as discounts when buying online courses within the app or even being parachuted into the second-round of interviews when applying for jobs.

The unictown app was launched in February and the company plans to roll out major campaigns to gain market share from 2020. Its current functions and the way it designs its credit algorithm offer a glimpse into China's controversial social credit future, which relies on a series of carrots and sticks meant to encourage people and businesses to abide by rules and to promote integrity and trustworthiness in society at large.

According to an official blueprint released in 2014, a national social credit system would be rolled out by 2020 to "allow the trustworthy to benefit wherever they go while making it difficult for the discredited to take a single step".

Under the blueprint, the CYLCC, in collaboration with the NDRC as well as the People's Bank of China, rolled out a sub-plan to build China's youth credit system, aimed at developing a basic data infrastructure that covers the credit information of China's youth by 2020.

Apart from the app, CY Credit is also building a China volunteer database that is expected to cover up to 90 million youth league members by 2019.

However, as Chinese authorities embrace new information technology to monitor, manage and control the public like never before, the prospect of a sweeping social credit system has raised alarm in some quarters.

Speaking in late 2018, US Vice President Mike Pence said he was concerned by reports that the Chinese government was using invasive surveillance capacity combined with big data and artificial intelligence to build "an Orwellian system premised on controlling virtually every facet of human life."

Shi shrugged off this criticism, saying "data needs to be used to realise its value". Rather than seeing the social credit system as a way to reinforce behaviours that are seen by Chinese authorities as "good citizenship", Shi said she simply views social credit as the invisible assets of a person, something that if used properly can bring benefit to a young person's life.

Read Also
China's social credit horrifies the West. But do the Chinese even notice? 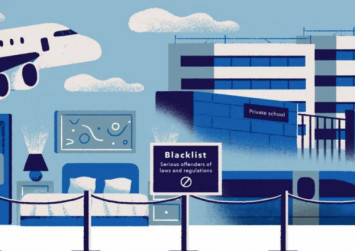 Political preferences, such as whether a person is a member of the Chinese Communist Party, are not taken into consideration by unictown's data model, said Shi, who declined to disclose how the app crunches and weights various data to produce a credit score, citing business confidentiality.

However, Shi said the model was inspired by the five key qualities promoted by Confucian ethics, namely righteousness, benevolence, manners, wisdom and trust.

"The evaluation of a person in China often comes down to one question - is this person reliable or not? We just hope our credit system can be a benchmark for China's reliable youngsters."

For now the unictown app is only designed to offer career-related rewards for college students and fresh graduates with good credit but CY Credit is looking at plans to offer more credit-based services in the areas of overseas education, flat rentals, travel, dating and even marriage.

With access to the Chinese government's database, which contains official information such as education details, work experience and tax records, combined with other public information online and from private data suppliers, Shi said expanding into other social credit areas should be straightforward.

"The challenge is more about how far we can go [with the data]. There are no regulations or laws with a clear line on this," said Shi. "For example, with matchmaking, some people would say it is useful to know if a person is heavily in debt before getting married to them whereas others would say such information is a violation of privacy if not volunteered."