A woman’s complaint on social media about China’s state-owned railways not selling tampons has ignited a public debate on women’s rights.

China's state-owned railway operator has found itself at the centre of fierce debate for not selling sanitary pads on board trains, with many accusing the company of ignoring women's rights and pandering to the outdated stigma attached to menstruation.

The debate was triggered when a female passenger shared online her frustration trying to find menstrual products on a high-speed train when her period came earlier than expected.

"I don't want more women to have such embarrassment, so I'm bringing this up and hoping it could be resolved," the unnamed woman wrote on Weibo late last week.

Online conversation has centred around whether sanitary pads should be made available on trains operated by state-owned China Railway, which sells snacks and souvenirs but said over the weekend that feminine napkins are a "private item" that is "not normally sold".

A customer service representative from the company's hotline told video news site Pear Video that they refused to sell sanitary pads as they are "private things" and told passengers to "be prepared".

The issue has been a popular topic on Weibo, with a news report attracting 760 million views and nearly 200,000 comments as of noon on Tuesday (Sept 20).

While many were surprised by the absence of women's sanitary products on trains and called for operators to stock them, others argued this was unreasonable as only a slight proportion of passengers would need them.

"Sanitary napkin seems to be a small issue, but behind this is a fact that's long been ignored – the neglect of women's rights," said Duan Tao, a professor at the Shanghai First Maternity and Infant Hospital. 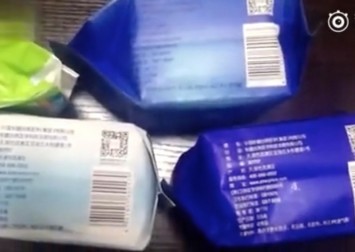 "Most public affairs decision-makers are men who focus on things such as how public facilities and transport should be built.

"Even though there's involvement of women, biological characteristics of women are rarely considered," he wrote in a Weibo post on Monday.

"As one of a woman's basic needs, it should be provided for in a modern, civilised society, just the same as we try to meet basic needs of the general public," it said.

Despite increasing public awareness about women's rights, menstruation is still a taboo topic in mainland China. People tend to use various words, such as "my auntie" as a euphemism for "period".

"Maybe only when we finally end the stigma of periods and feel free to talk about it directly that sanitary pads would become a 'normal commodity' instead of a 'private item'," one Weibo user said.