Yifei Liu (centre) is seen in Disney’s live-action remake of Mulan. Despite fraying US-China relations, Beijing will keep trying to expand its soft power in films, even as Hollywood salivates over China’s market.

China’s growing influence in Hollywood is forcing the US to grapple with fundamental questions involving values, artistic integrity and self-censorship as economic and political tensions rise between the two giants, film industry analysts say.

US Attorney General William Barr last month assailed US media and entertainment companies for being too willing to collaborate with China.

“I suspect Walt Disney would be disheartened to see how the company he founded deals with the foreign dictatorships of our day,” Barr said, adding that Hollywood had repeatedly caved into pressure and censored films “to appease the Chinese Communist Party”.

Walt Disney, a fierce anti-communist who died in 1966, may well have objected – but his company has long courted China as a market for its films and theme parks.

Even as Barr spoke, Disney hoped to announce a new release date for one of its biggest films this year: The live-action version of Mulan, a Chinese tale of a fearless young woman who disguises herself as a man to serve in the military that Disney first told in animated form in 1998.

The pandemic almost defeated Disney – which announced on Tuesday that it would release Mulan online on September 4 – but the China-Hollywood relationship continues to strengthen.

In just the past week, a new book and report that each focus on China’s rising influence in the film industry have reached conclusions far different from Barr’s. Rather than cutting back that relationship, they argue for pursuing it further, though cautiously. 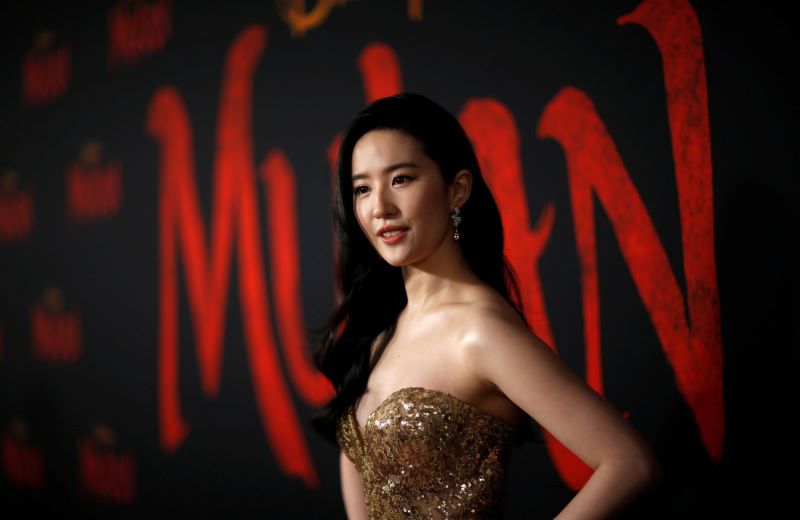 Feeding the Dragon: Inside the Trillion Dollar Dilemma Facing Hollywood, the NBA and American Business , by entertainment executive Chris Fenton, contends that continued cultural engagement is essential to stem a dangerous breakdown in relations.

And Made in Hollywood, Censored by Beijing , a report released on Wednesday by the free-speech advocacy group PEN America, chronicles China’s expanding cultural influence while warning of potential costs.

Both accounts – and many analysts – agree on two points: Beijing will keep trying to expand its global “soft power” and reputation, even as Hollywood salivates over China’s film market.

“Beijing is concerned mostly with influence. They realise their soft power is limited, particularly in the West,” said Stanley Rosen, a political-science professor at the University of Southern California and an expert on Chinese cinema.

For Hollywood, Rosen said, “it’s about money, but Hollywood still has to be careful not to go too far to pander to China and bring congressional oversight”.

Indeed, Barr’s salvo followed legislation introduced in May by Senator Ted Cruz, a Republican from Texas, to restrict government assistance for studios that change films to appease China’s censors.

Rosen regards the PEN report as a barometer of growing US suspicion of China, a trend that increasingly entangles Hollywood. If President Donald Trump, with his bid to “decouple” the two economies, is re-elected in November, Rosen said, Hollywood’s ties with China will suffer.

But even a victory by the presumed Democratic nominee Joe Biden will challenge he film industry, he added.

“Politicians don’t lose votes by being tough on China,” Rosen said. “In terms of Hollywood, they need the China market more than ever.”

Fenton’s book is a personal look at events from 2000 to 2014, a critical period for Beijing’s growing leverage over Hollywood studios, with the industry’s profits increasingly relying on foreign markets, especially China.

A former president of DMG Entertainment Motion Picture Group, Fenton was an intermediary on various China-related Western marketing, music and films projects. These include the science-fiction thriller Looper (2012) and Iron Man 3 (2013) based on the Marvel comic character.

He portrays himself as a cultural ambassador at the “very delicate tip of an economic and political spear penetrating the heart of China”, anticipating censors’ concerns and convincing Hollywood executives to amend scripts and tone to gain release of their films in China. 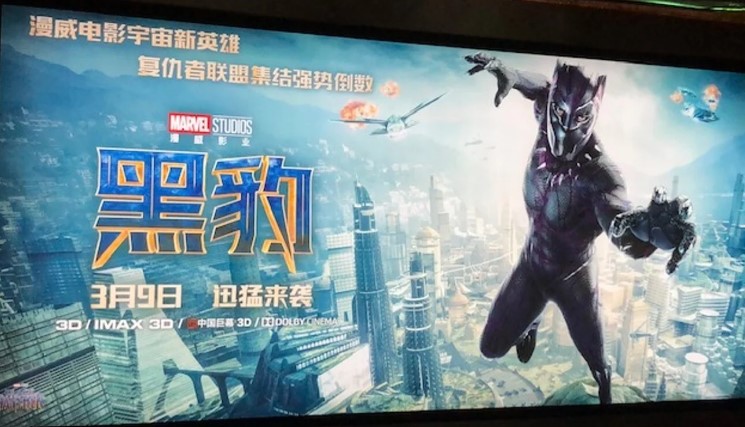 Culture and commerce, he argues, are instrumental in maintaining their “connective tissue”.

The book includes some modest criticism of China, including a description of the film industry’s part in “keeping 1.4 billion people just happy enough so that they don’t revolt”.

But he treads carefully, characterising China’s Great Leap Forward as a jump-starting of Chinese industrialisation and touching on the Tiananmen Square crackdown in a three-paragraph chapter that teases out a business lesson.

“You cannot do anything that makes either the Chinese government look bad or the people unhappy,” he writes. “Once you understand this concept, it makes everything else much clearer.”

Fenton’s main criticism is reserved for the US, including references to Hollywood’s hubris, greed and cultural ignorance, and DMG’s role in building bridges. (Fenton is suing DMG after an unhappy departure.)

In late chapters, he appears to shift course as US-China relations deteriorate further, the pandemic rages and staking out a middle ground becomes more difficult in the increasingly polarised relationship.

“Even though I’m growing more hawkish daily, I still must stress the importance of looking at China as a massive opportunity,” he writes.

In its report, PEN America regards Hollywood as an early warning in a world under growing pressure to tiptoe, self-censor and internalise Chinese Communist Party priorities to avoid angering Beijing.

“This report is meant to ring a bell,” James Tager, its lead author, said in an interview. “If you don’t draw the line, the line will be drawn for you.”

“These concessions to the power of the Chinese market have happened mostly quietly, with little attention and, often, little debate,” PEN found. “At the very least, these dictates should be understood and debated.”

Most actors, producers and Hollywood moguls were unwilling to speak openly about China’s growing influence amid fear of retribution by Beijing and US industry executives, PEN said.

Beijing’s greatest leverage is largely tied to the access to its massive and rapidly growing cinema market, which had revenues of US$9 billion (S$12.3 billion) last year compared to US$11.4 billion for the US, and is slated to overtake the American market this year as the world’s largest, with Covid-19 likely to accelerate that shift as China’s economy recovers faster.

According to one pre-pandemic estimate, by 2023, Chinese film revenues could reach US$15.5 billion.

Even as Hollywood depends increasingly on Chinese eyeballs, China is becoming less dependent on Hollywood as its own industry develops, PEN noted.

In 2014, the US blockbuster Transformers: Age of Extinction – which featured the Chinese military saving the day – brought in gross revenues of US$320 million in China.

A year later, China produced it's a home-grown action adventure film, Monster Hunt, that grossed US$382 million. And a growing list of US films, including last year’s Spider-Man: Far From Home , now make more money in China than the US.

Before 2018, Hollywood dominated China’s list of top 10 film box-office earners. Now it claims only seven of the top 25, with Avengers: Endgame the only one in the top 10, PEN said.

Its primary tools include reported blacklisting of directors, producers and actors, such as Richard Gere – who’s spoken out about Tibet issues and acted in Red Corner (1997) that painted an unflattering picture of China’s police and judicial systems – and Brad Pitt, who starred in Seven Years in Tibet (1997).

The system is dynamic, however, PEN adds, with Chinese restrictions often added and lifted without explanation.

Hollywood has responded by offering China-only versions of its films, including Mission: Impossible III (2006), which removed a scene showing an underwear-strewn clothes line in Shanghai and the killing of a Chinese henchman.

But Beijing’s growing sensitivity to its global image is prompting film producers to work more closely from inception with China-based consultants and people close to the Chinese censors.

Abominable , a 2019 joint US-China animated release, spurred controversy with a scene showing a map of the nine-dash line, the disputed area Beijing claims in the South China Sea. Malaysia, one of the other claimants to the territory, called unsuccessfully for the scene to be omitted then banned it in its local market.

Sony earlier altered Red Dawn , the 2012 remake of a 1980s film in which Russians and Cubans invade the US. The remake had American fighters resisting a Chinese invasion – but was changed after filming, with the Chinese turned into North Koreans and Chinese flags digitally removed.

Hollywood has never been a bastion of principle: money traditionally talks and scripts have long been altered for any number of reasons.

The PEN report adds that the US government has worked with Hollywood to infuse its own patriotic messaging, and that many democracies censor their film industries to some degree.

Moreover, pushback by Beijing and Asian-American groups against derogatory stereotypes has been a positive development as films play an important role in bringing people together, the PEN report noted.

“This is not about the US versus China,” Tager said. “This is about assuring that filmmakers have the opportunity to tell important stories regardless of which centers of power they may offend.”

But China with its massive size and economic clout can block important global stories on an unprecedented scale, PEN argued, as the group called for greater disclosure about China’s influence in Hollywood, the back room decisions and the social trade-offs that are made.

With China’s already existing influence, PEN asked, could a mainstream feature about detention camps in Xinjiang be made today? 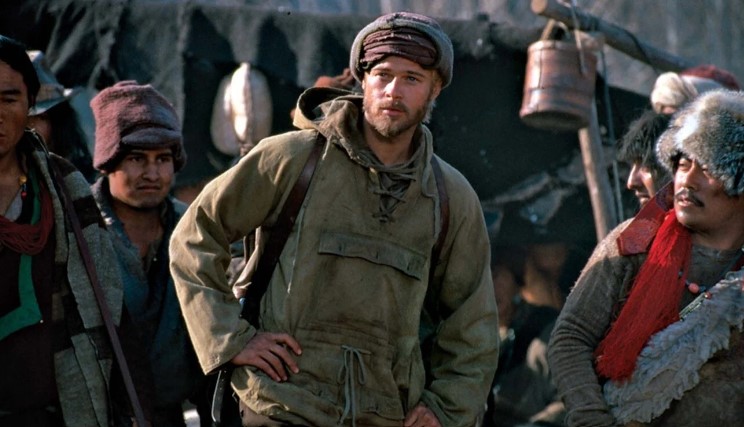 A handout photo. Brad Pitt in the film Seven Years in Tibet.

Rosen, of USC, found PEN’s recommendations a bit unrealistic, given Hollywood’s economic realities and the industry’s history of ducking for cover whenever controversies arise related to China.

Rosen also said that Fenton’s book seemed keen to avoid appearing too critical of anyone.

Still, the two accounts definitely shine a spotlight on the US-China relationship and film’s role in their competition for soft power, he added.

“The US built its soft power based on ‘universal values’ that come from culture, political systems and foreign policy, which has clearly been declining precipitously under Trump,” Rosen said. “But soft power is not a zero-sum game, and Beijing is not garnering a lot of soft power as America loses some of what it has.”

However, he concluded, “Neither leadership in the two countries is nuanced enough to pursue a successful soft-power strategy” – even as Hollywood does its best to navigate between them both.