A man wears a masks in Chinatown following the outbreak of a new coronavirus, in Chicago, Illinois, US January 30, 2020.

New research in Australia suggests the virus causing the Covid-19 disease spreads faster in lower humidity, supporting concern that the southern hemisphere may see a rise in infections in the coming winter months.

The study was based on an analysis of all 749 local Covid-19 cases in New South Wales state from January to March, correlated against weather conditions in the areas of infection. It suggests that a 1 per cent fall in humidity could increase the number of infections by 6 per cent.

Lower humidity allowed the virus to stay airborne for longer, increasing the potential for exposure, said Professor Michael Ward, a zoonotic disease expert at the University of Sydney who led the peer-reviewed study.

High humidity caused the virus to fall to the ground quicker, he said.

Ward ran the study with researchers at the Department of Epidemiology and Health Statistics of Fudan University in China. It was a follow-up to peer-reviewed work with Fudan in January and February that analysed how temperature and humidity affected Covid-19 transmission in mainland China in the northern hemisphere winter.

"We found low humidity plus low temperature to be drivers of Covid-19," Ward said of the study in China, published in April in the journal Science of the Total Environment.

But the latest research in Australia found that only lower humidity was associated with an increase in Covid-19 cases, not temperature.

In addition, the research paper noted that similar studies on other coronaviruses like Sars and Mers showed lower humidity was associated with a higher number of cases, while the relationship with temperature was not as consistent.

"With this study, it seems humidity is more of a consistent driver of Covid-19 transmission, while temperature's effect can vary depending on location," he added. 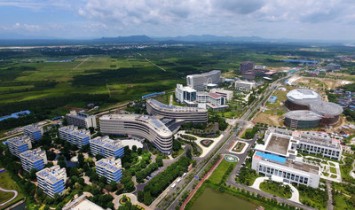 The findings - published in Transboundary and Emerging Diseases in May - represent the first peer-reviewed study of the relationship between climate and Covid-19 in the southern hemisphere, which has seen far fewer overall infections than the northern hemisphere.

Besides the difference in infection numbers between China and New South Wales, the researchers used "very similar study and analytical methods", according to Ward.

"Ironically, Australia's rather successful containment of the virus has made it harder for us to continue to look at the relationship between climate and Covid-19," he said.

The epidemiologist also noted that studies on climate, despite their importance to understanding the spread of Covid-19, did not lend themselves to "conclusive evidence".

"If comparing the effects of temperature and humidity, we would have to find areas that are similar in everything except these two variables," Ward said.

Other epidemiologists noted the challenge of tracking the conditions in which the disease spreads.

"Most transmission occurs indoors, but most studies have analysed data on outdoor humidity which can be quite different," said Professor Ben Cowling at the University of Hong Kong's School of Public Health.

The findings, nevertheless, echo recent concerns that the southern hemisphere has yet to see the worst of this pandemic, which has largely peaked in the northern hemisphere.

"Our concern now is the southern hemisphere," said Tedros Adhanom Ghebreyesus, director general of the World Health Organisation, on April 15 during a meeting with the World Economic Forum's COVID Action Platform.

In March, when Covid-19 peaked in Europe, African countries were just starting to record their first cases. Now that Europe has seen the rate of infections slow, Africa and South America are seeing a sharp rise in cases. Brazil, for example, has now become the country with the second-highest number of confirmed cases, according to WHO data.

Critics have said Brazil's crisis was exacerbated by President Jair Bolsonaro's initial denial of the pandemic's severity. But even countries in the southern hemisphere that took preventive action against the virus may have been affected by lower levels of humidity.

Ward noted that the outbreak in Australia, which recorded its first case in January and a peak in infections in March, developed against a backdrop of lower humidity and relatively stable temperatures, and more of that was coming.

"In particular, during periods of lower humidity, such as during winter in Sydney, public health authorities should be particularly vigilant for disease spread," he said.

Cowling at the University of Hong Kong agreed. "I would certainly be concerned that the global south will face increased risk of Covid-19 in the coming months during their winter," he said.

Ward added that another pointer from the research was that the northern hemisphere still faced infection risk during its summer.

"If there is a period of drier, cooler weather during summer, a spike in cases might be seen," he said.

Despite the implications of the study, Ward said government measures in the southern hemisphere could help prevent an increase in infections come winter. "Presumably preparedness will be better than the northern winter, since we are six months into the pandemic."