The doctor was an intern at Queen Mary Hospital.

A doctor at a public hospital was found to have kept hundreds of nude photos - including shots of patients - on his phone, after being arrested for allegedly taking pictures of a male nurse in the shower, a police source said on Wednesday.

Investigators found, among the hundreds of images, nude pictures of patients from Caritas Medical Centre in Cheung Sha Wan, where the 25-year-old previously worked, according to the source. At least two patients, both in their 20s, were identified.

The doctor, who trained at the University of Hong Kong's medical school, was arrested for loitering on January 12, hours after he was said to have taken pictures of a male nurse, who was showering at the nursing quarters at Queen Mary Hospital in Pok Fu Lam, where the doctor was an intern, a source said.

The case came to light only recently, after a patient told Apple Daily he was invited by police to give evidence. According to the Chinese-language newspaper, police told the patient the doctor had taken photos of his private parts during consultation sessions. 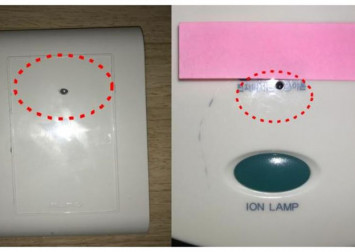 The doctor was later released on bail and must report back later this month.

A Hospital Authority spokeswoman said a call was made to police after the hospital received a complaint about the photo being taken.

The doctor had been suspended from contact with patients, she said, adding his medical school was also alerted.

Authority chief executive Leung Pak-yin said on Thursday there had been no attempt to conceal the case after the arrest in January, noting the authority had referred the case to police.

"It would be fairer to both sides to disclose the case after police finish investigating and establish enough evidence for a prosecution," he said.

If the doctor was eventually found guilty of a criminal offence, the authority would refer the case to the Medical Council, which would consider revoking his licence, he added.