State-backed charity in Wuhan under fire over coronavirus donations

A state-backed charity in the coronavirus epicentre Wuhan is under fire for handing over donations for the outbreak to the city government instead of managing the funds itself.

Donors and academics have questioned the Wuhan Charity General Association's handling of the money after it was revealed that it gave over 2.7 billion yuan (S$540 million) in donations to the local authorities.

The charity is under the city's Civil Affairs Bureau.

It is not the first charity to face criticism over its management of public donations during the coronavirus crisis.

The Red Cross Society of Hubei province has been widely criticised in recent weeks for its botched handling of medical supplies distribution to frontline doctors and nurses, as well as the collection of donations.

Zhang Qin, a deputy director of the society, was fired on Tuesday and given a warning for "dereliction of duty" by the ruling Communist Party.

The controversies highlight a long-standing problem that has plagued social welfare organisations in China for decades - how to manage public donations in a transparent and accountable way.

An administrative change in 2018 further complicated the situation by reducing the government's role in managing such donations, especially during a public health crisis.

The Charity General Association and Red Cross Society of China are two of the country's biggest charities and both are government-backed, with local branches around the country.

The outbreak of the virus, which causes a disease officially known as Covid-19, is believed to have started at a live animal and seafood market in Wuhan in December.

The pneumonia-like illness has so far killed more than 1,300 people and infected over 59,000, and it has plunged China into its most serious domestic crisis for decades.

In late January, the Ministry of Civil Affairs appointed five charitable organisations, including the Red Cross and the association, to collect public donations and supplies to help tackle the outbreak.

But it was reported on Wednesday that the association, instead of directly providing funds to patients and those in need, had been transferring the donations to the Wuhan government's finance department since late January - with more than 2.7 billion yuan passed on as of early February.

It prompted tens of thousands of people to express their anger and frustration online.

The association responded in a statement, saying it had transferred the donations to centralise their management and promising that the money would only be used to tackle the outbreak.

Zoe Tang, a writer in Beijing who donated 5,000 yuan, was upset that her money had been transferred to the government. "[So doesn't it mean that] I have paid more taxes to the government? This is a joke," she said. 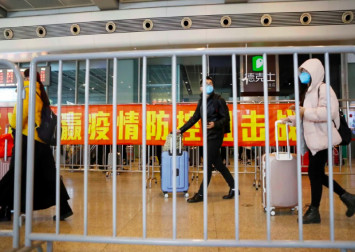 "So now all [donation] channels will go to the government - I have no choice then."

Jia Xijin, an associate professor at Tsinghua University with a focus on the charity sector in China, said the association should have done its job and distributed the donations instead of handing them over to the government.

"The association is one of the 2,000 social organisations that are authorised to collect donations and it should follow the Charity Law and take responsibility for managing these donations," Jia said.

"[Its statement] said the money is now being spent on building [new] hospitals, but [that's] not enough - 2.7 billion yuan deserves much better reporting."

Jia said it was like the association was "purchasing services" from the government.

"Normally, the government buys services from social organisations, not the other way round," she said.

"This is not the correct way for a social organisation to do its job."

She said the situation "essentially makes them tax collectors [for the government]".

"I have seen some elderly people donating their life savings [during the current crisis] and people have the right to know where their money is going when they make these decisions," she said.

Lu Xuan, chairman of the Legal Centre for NGO, a Shanghai-based NGO support group, said while it may be justifiable for the government to take over management of the donations given the gravity of the outbreak, its role should be better defined.

"Generally speaking, the government, which already collects taxes from taxpayers, should not be collecting donations," he said. "In this case, it becomes both the player and the referee."

"The donations raised by charities should supplement public services, not become part of the public services," Zhou said. "And if the charity funds were mixed with the government funds, auditing [of the donations] will become difficult. It may not be easy to track and audit the money," he added.