Yu Minhong, founder of New Oriental, speaks to the media on March 3, 2015. The entrepreneur said last week that his company will start selling farm products through live streaming after Beijing banned private education providers from teaching school subjects to children.

A state media article criticising a new business move by the embattled education firm New Oriental has triggered an online backlash, as netizens came to the defence of its celebrated founder who is scrambling to respond to China's sweeping ban on private tutoring for children.

In an article titled New Oriental should not copy Li Jiaqi, the state-run Economic Daily said the Beijing-based cram school chain should apply its expertise in education to cultivating agricultural talent instead of seeking to "earn quick money" by pivoting to selling farm products through live streaming.

Li, widely known as the "lipstick king" for his feat of selling 15,000 lipsticks in five minutes, is a top live-streaming salesman in China.

As part of its transformation plan, New Oriental will set up a "big agricultural platform" with the help of hundreds of employees, who have been temporarily reassigned from their teaching jobs to become e-commerce live streamers.

"As a leading company in the private tutoring industry, New Oriental's transition is meaningful as a bellwether," Economic Daily author She Ying wrote in the Sunday article. "If the company only jumps from one industry that makes quick money to another one, it may not be the best role model."

The article quickly drew tens of thousands of views on WeChat and became a trending topic on microblogging platform Weibo, with many commenters protesting the article's stance and empathising with New Oriental's attempt to save its business. 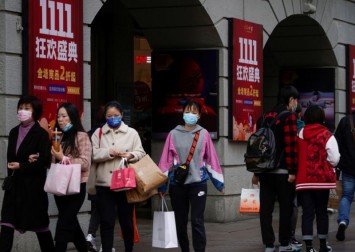 "The education industry is suffering significant losses thanks to new policies, and companies have no choice but to pivot," one person commented under the article on WeChat.

"[The article] shows a type of arrogance and ignorance called 'let me teach you how to do your job'," another person wrote on China's Quora-like Q&A platform Zhihu.

Entrepreneurs and employees in China's once-thriving private tutoring sector are struggling to find a way forward amid a forceful government crackdown.

In July, the General Office of the Chinese Communist Party and the State Council started banning tutoring firms from making a profit by teaching core subjects to students in grades one to nine after school.

Since then, stock prices of education companies have tumbled, followed by large-scale lay-offs across the industry.

In a short video posted Monday on his account on Douyin, the Chinese version of TikTok, Yu said that he appreciates the ﻿Economic Daily's " kind reminder", but he objects to the article's characterisation of the private education sector as a platform for making quick money.

"It's hard to make it big in the education field, and many education companies have been losing money," Yu said, adding that live streaming is also a tough industry where top hosts spend up to 20 hours each day in front of the camera, in addition to sifting through various product offerings all "day and night" to select good ones to recommend.

"No industry is easy," Yu said.