Zhou Zuorui, a nine-year-old student at the Yukun School, a traditional cultural academy in China's Jilin province, died in December; an investigation has found the school to be negligent.

A traditional cultural academy in China's northeastern province of Jilin has been investigated after a nine-year-old student died, apparently of leukaemia, and the school's founder blamed the child's parents for his disease, telling them "your family has sinned too many times".

Zhou Zuorui died in hospital on December 11 after feeling ill for a week while attending the Yukun School, a private boarding academy in Yitong county that specialises in teaching traditional Chinese culture, the Chongqing Morning Post reported.

Such academies are growing popular, with a revival of the study of classic Chinese culture, known as guoxue or national learning, under way. These for-profit private schools have drawn criticism over their curriculums, which often forgo courses set by the Chinese Education Ministry such as mathematics or the sciences and promote traditional views such as the need for women to stay at home and serve their husbands. Many of them are not certified to issue diplomas.

When Zhou first felt discomfort, the school nurse treated him using traditional Chinese techniques such as fire cupping and herbal medicine. After lumps were discovered in Zhou's abdomen, the school notified his parents on December 7 to take him to the hospital for treatment.

Zhou's parents - his father, Zhou Jiankui, and mother, Xiang Xiaoyan - who live in Chongqing, Sichuan province, about 2,600 kms from the school in Yitong, reached the school the next day. 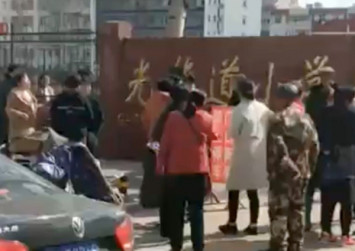 Three days before his death, Zhou's white blood cell count was at 550.12, an abnormal level. Medical imaging showed enlarged liver and spleen, the Chongqing newspaper said. The symptoms suggested he had leukaemia, but a lumbar puncture, which would confirm the illness, was not carried out.

Still, the newspaper reported, Wang Hongqi, the school's founder, told Zhou's parents in the days following his death that "your child had leukaemia because your family has sinned too many times.

"As parents, you should repent."

Yukun School was founded in 2017 by Wang, a businessman who later turned to starting traditional cultural academies in Jilin province. He also started a kindergarten and another school in Changchun.

On the website for Yukun, the school describes itself as teaching subjects such as Buddhist scripts, calligraphy, tai chi and traditional Chinese medicine.

"As a school focused on national learning, we use Chinese medicine to protect the health of students and debating Buddhist texts to enlighten the students," Yukun's introduction stated.

Zhou's parents contacted the Yitong county police in December, but the authorities declined to press charges, saying the case "failed to meet standards for establishing charges", the Chongqing newspaper reported. 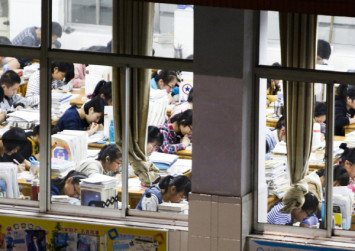 After Zhou's parents publicised the incident on Weibo, though, the Yitong county education bureau launched an inquiry, releasing the results of the investigation on Monday.

The Chongqing Morning Post reported that the school was found to have been negligent in its care of Zhou, leading to a delay in the proper treatment of his illness. It also determined that the school nurse was not medically qualified, but the bureau did not find her actions to be illegal.

Zhou's parents are not satisfied with the results and have vowed to seek justice for their son.

Wang has denied any wrongdoing. He has sued Zhou's parents for defamation and requested that they apologise to the Yukun School and himself, according to the report.