It is illegal for women to sell their eggs in China but they can donate them up to three times.

A university student in central China has revealed how she underwent two surgical procedures to sell her eggs to illegal fertility agencies so that she could repay a 60,000 yuan (S$12,000) debt.

It is the latest case exposing the black market for eggs - mostly from university students - that are sold to infertile couples who can now try for up to two children after the one-child policy was scrapped.

In an audio clip obtained by Thepaper.cn, the woman from Wuhan, Hubei province, who requested anonymity, gave details of how she sold 29 of her eggs in two separate procedures, the news site reported on Tuesday.

The woman said both times she was given drugs over 10 days to stimulate her ovaries before the eggs were harvested in a procedure that she underwent without anaesthesia. 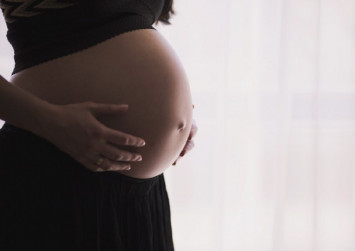 Normally a woman produces one egg each month. Fertility drugs can cause a wide range of side effects including mood changes, nausea and increased risk of miscarriage.

Although it is illegal for women to sell their eggs in China, they can donate them up to three times. Medical institutions and staff are also banned from carrying out surrogacy, but the business is booming on the mainland where it operates in a grey area.

Meanwhile, official data from the Chinese Population Association estimates the proportion of infertile Chinese married couples at about 10 to 15 per cent - up from 3 per cent two decades ago.

According to Thepaper.cn, advertisements from illegal agencies seeking students to sell their eggs can be found on several university campuses in Wuhan and are often posted in women's dormitories. They usually offer to pay between 10,000 yuan and 50,000 yuan for each surgical procedure, with the whole process taking about 12 days.

The student who told her story did not say how much she was paid each time, only that she had a 60,000 yuan debt to pay back.

"They check your level of education, your health status - some [agencies] also take into consideration height and appearance," she said.

Ahead of the surgery both times, the woman was examined every few days at a hospital but she said the procedure took place at the agency's illegal clinic.

In 2017, a teenager in Guangdong province nearly died after she had surgery to sell her eggs to an illegal agency for 15,000 yuan. She fell ill three days after receiving injections to stimulate her ovaries and had to be treated in hospital. Doctors said her ovaries had been seriously damaged. Two agency staff members were jailed for one year and 10 months each for practising medicine illegally.

#Reproductive health #surgery #In Case You Missed It