Women studying at some of China's top universities are selling their eggs for up to 100,000 yuan (S$20,000) each, according to a newspaper investigation.

Despite Chinese law forbidding the trading of human eggs, the demand from those couples who cannot have their own child remains high, Beijing Youth Daily reported.

Academic performance, height and looks were three most valued characteristics, and donors that possessed these traits were able to charge a premium.

In the case of "ordinary" donors, the price could be as little as 10,000 yuan - but some young women were still willing to go through with the deal so they could buy a new smartphone. 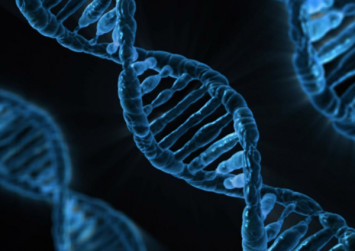 According to the investigation, the illicit transactions are usually arranged through an agent, although some couples prefer to meet the donor in person, and coffee shops are the preferred meeting place as they will attract little attention.

Infertility caused by physical problems were the main reason for people paying for the illegal service, according to one agent.

Some couples wanted to have a second child after the lifting of the one-child policy, only to find the wife was too old to conceive a child naturally.

The report said some private hospitals had made secret deals with the agent to obtain the eggs.

The hospitals inject large doses of hormones into the donor over a 10-day period to simulate the production of eggs at a much faster rate than normal.

The hospital then gives the donor an ultrasound scan and blood test to determine when the operation to remove the eggs can be carried out.

The report warned that there were risks to carrying out the procedure, including breathing problems, bloating and clotting in blood vessels.

So far there have been no arrests reported as a result of the latest investigation, but in 2016 two agents were jailed for collecting eggs from a woman in Guangzhou who had to have an ovary removed due to medical complications.

The two agents were jailed for a year and 10 months respectively for practising medicine without a licence, according to Southern Metropolis News.

Under mainland Chinese law, the buying and selling of eggs is strictly prohibited and they can only be donated as an act of charity.

But the high demand for IVF services following the lifting of the one-child policy is likely to be fuelling the illicit trade.

Earlier this year, an investigation by the news portal Thepaper.cn found that agents were targeting students in the central city of Wuhan by offering to buy their eggs.