A handout photo. The ARCoV vaccine, jointly developed by the Academy of Military Medical Sciences (AMMS), Suzhou Abogen Biosciences and Walvax Biotechnology, is at the final stage of a multi-regional phase III clinical trial.

A new study has shown that a Chinese mRNA vaccine candidate saw a significant drop in its ability to neutralise the Omicron strand of the coronavirus compared to its effectiveness against a wild-type strain with no major mutations – but that a booster could readily induce the production of the neutralisation antibody.

The vaccine, ARCoV, which is being jointly developed by the Academy of Military Medical Sciences, Suzhou Abogen Biosciences and Walvax Biotechnology, is at the final stage of a multi-regional phase III clinical trial.

The study analysed serum samples from 11 vaccinated people, eight of whom “retained low but detectable neutralisation activity against Omicron”, researchers said in a letter published in the journal Cell Research on Monday.

A third dose was given to a group of lab mice that had already received two doses of ARCov, and it readily induced the production of neutralising antibodies against Omicron and a wild-type strain, the letter said – highlighting the benefits of a homologous booster vaccination and supporting further validation of the vaccine in clinical trials.

“Our data presented here clearly demonstrate that a third dose of ARCoV would probably lead to a sharp increasement in neutralisation antibodies not only against the WT SARS-CoV-2 but also the newly Omicron variant,” the letter said. “Homologous booster vaccination with ARCoV represents a rational strategy in response to the Omicron emergency.”

So far, China has relied on traditional “inactivated” vaccines – which are less effective against the Omicron and Delta variants – to protect its population against the virus.

No mRNA vaccine developed overseas has been approved by Chinese regulators. Shanghai-based Fosun Pharmaceuticals has come closest, earning a recommendation from the government’s expert panel in July for the Pfizer/BioNTech vaccine. 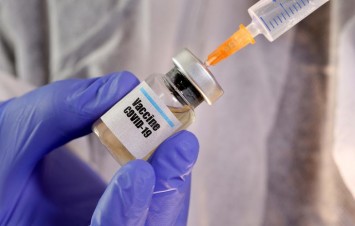 The ArCoV vaccine is the first mRNA vaccine candidate against the Omicron variant that has been validated in animals. Chinese researchers are approaching clinical trials to test its safety and efficacy, according to the study.

The Omicron variant was first reported in South Africa in November. Since then, it has spread globally, replacing Delta as the predominant strain on most continents.

Scientific evidence has also shown that the Omicron variant is more resistant to vaccination, convalescent sera and most approved monoclonal antibodies.

For example, the most potent mRNA vaccines – BNT162b2 from Pfizer-BioNTech and mRNA-1273 from Moderna – also showed significant reduction in neutralisation antibody titres against Omicron.