China Airlines is offering up to US$250 (S$340) each to passengers whose travel plans have been disrupted by an ongoing pilots' dispute that has seen at least 86 flights cancelled in the past four days and a share price fall of more than 3 per cent.

More than 3,400 travellers booked on at least 20 flights between Taiwan and Hong Kong would be able to claim the compensation for flights that were either cancelled or delayed, an airline spokesman said on Monday.

"We will set up a special site at our official website soonest, through which affected passengers can each apply for US$100 per day in compensation, with the amount capped at US$250," spokesman Jason Liu said.

"All they need is to provide all kinds of receipts, including air ticket stubs, hotel or restaurant bills, and proof of taxi or other transport fares." 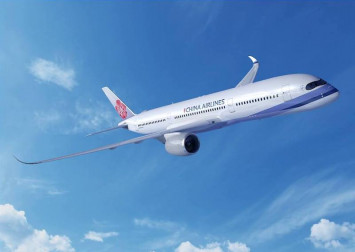 Liu said it was unlikely many passengers would have needed overnight accommodation because of the strike, with most travellers transferred to other flights, either operated by China Airlines or its partners and other carriers.

But if a passenger did have to spend more than the capped US$250, compensation would be handled on a case-by-case basis, provided they had adequate proof or receipts, he said.

As for travel agencies and tour companies, their affected clients could expect similar compensation to individual travellers.

"They can directly deal with our sales windows on behalf of their customers," Liu said, adding that agencies could also apply for compensation over their extra expenses due to the strike.

But travel agents said it was unreasonable for China Airlines to offer the same compensation rate to their customers.

"We had a case in which 20 of our tour members were not able to get on their flight which was cancelled due to the strike," said a spokesman for the Travel Agent Association of the ROC, Taiwan.

The official said that in the end the group had to hire a tour bus to transport them to a hotel for an overnight stay because there was no other flight until the next morning.

"We hope China Airlines can pay for extra expenses like this," he said, while conceding the arrangements were better than those offered after the 2016 strike staged by China Airlines' aircrews.

"Instead of getting actual compensation [at that time], we were only given discounted airfares as a compensation for our losses and this tactic forced us to continue selling the China Airlines tickets to our customers."

The spokesman asked China Airlines to quickly come up with a deal with the striking pilots before the dispute dragged on, something that would only hurt the airline's profits and image.

The strike also dragged down China Airlines' share price on Monday - the first trading day after the Lunar New Year holiday - with the stock ending the day at NT$10.20 (33 US cents), a drop of 3.32 per cent.

The airlines and the pilots returned to talks on Monday after their previous round failed to yield a resolution, but no consensus was reached again on their major dispute over the pilots' working hours, according to the Taoyuan Union of Pilots.

"Because no agreement was reached, we are forced to continue our strike. We apologise for the inconvenience," a union spokeswoman said.

The union has insisted the company must roster three pilots instead of the current two on flights lasting more than seven hours, to reduce fatigue and flight risks.

China Airlines has said meeting the pilots' demands would create huge costs and seriously cut back the company's profits.

The union has stressed that a seven-hour flight results in a pilot being on duty for a total of nine or even more hours - more than Taiwan's labour ruling of eight hours of work per day.

China Airlines insists its rostering policy is in line with international practice.

As of Monday, nearly 600 China Airlines pilots, or about 45 per cent, were on strike, according to the union. But China Airlines said it could still handle 90 per cent of its transport capacity, with only 26 flights cancelled on Monday.