An airport staff holds up information boards regarding passenger health declaration and home quarantine information a mandatory form to fill up once land in Taiwan at Songshan airport in Taipei, Taiwan on July 2, 2020.

As the Covid-19 pandemic continues to make it difficult for people to travel overseas, two Taiwanese airlines are offering customers the opportunity to take a holiday flight to nowhere.

Next weekend, an EVA Air A330 will take off from Taoyuan International Airport, fly over the northeast cape, circle Japan’s Ryukyu Islands and head home again via Taiwan’s southeast coast. The flight will last two hours and 45 minutes.

“We have signed up nine local travel agencies for the trip, which will leave at 10.30am on August 8 and return at 1.15pm,” a public relations official said. “There will not be a stopover in Japan.”

The price includes a Wi-fi card and a standard in-flight meal. Passengers will also be able to buy duty-free items. August 8 is Father’s Day in Taiwan .

Meanwhile, Taiwan’s China Airlines is offering two “holiday” packages – on August 8 and August 15 – comprising a tour of the pilot’s cabin and a two-hour flight over the island.

The cost is NT$6,000 for one adult and one child – though only children are allowed on the cabin tour. The price includes afternoon tea and unspecified gifts, the company said.

Compared to many places around the world, Taiwan has been relatively successful in containing the Covid-19 pandemic, reporting fewer than 500 cases and seven deaths.

As a result, authorities have been able to relax some of their lockdown controls. 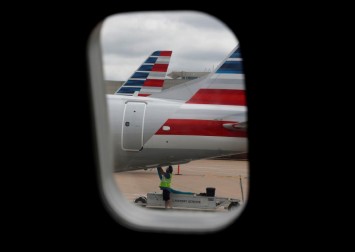 At the beginning of July, Songshan Airport in Taipei became the first to offer flights to nowhere, with hundreds of people checking in, passing through customs and boarding an aircraft that never took off.

Taoyuan airport later copied the idea, and began giving people tours of the facility on July 25. The programme runs until August 29, with 12 tours being offered in total.

They are held every Thursday and Saturday and cost NT$1,000. For that, people will be able to visit the airport lounges, duty-free shops and outdoor observation decks.

The 4,100 places available sold out in less than two days after they were announced in mid-July.

Taiwan’s cruise operators are also getting in on the act, offering three- and five-day trips around the island.

Dream Cruises said it is offering seven trips aboard its Explorer Dream to the outlying islands of Penghu, Quemoy and Matsu. The programme started on Sunday and runs until October 14.