A district government in Changzhou, Jiangsu province, is looking into possible misconduct of a primary school teacher that allegedly led to the suicide of one of her students.

Miao Kexin, 10, a fifth-grader at Hebin Elementary School in Jintan district of Changzhou, jumped to her death shortly after a writing class taught by the teacher, surnamed Yuan, on June 4.

In a statement released on Friday, the district government said Miao jumped to her death at 3.15pm, and the school authorities rushed her to a hospital, where attempts to resuscitate her failed.

Authorities also ruled out the possibility of murder after examining surveillance videos and the death scene and communicated the findings to Miao's parents, the statement said.

Investigators interviewed 45 students and three teachers at the school and found that Yuan had not verbally or physically abused the 10-year-old in class that day.

However, Miao's parents on Friday said on the microblogging service Sina Weibo that they were dissatisfied with the findings and demanded a thorough investigation of the accident.

They also claimed that Yuan ran private writing classes for profit, though it was forbidden by local authorities, and that she had long verbally abused students, including Miao, because she would not attend the private classes.

In a post dated June 9, Miao's parents aired suspicions over why school authorities informed them nearly half an hour after the accident took place, even though teachers and parents remain connected on WeChat, a messaging tool.

The post said Miao, the only child of the family, had been outgoing and had been doing well in her writing classes. Her parents said they were appalled by her death and disappointed by the school's explanations as well as the parents who voiced support for Yuan on WeChat.

The local government said school authorities have been communicating with Miao's family.

Investigators told ThePaper.cn, the online news outlet, that they were looking into claims about Yuan's private classes and the abuse of Miao. They said they had advised the teacher to "have a rest" at home in the meantime.

A screenshot circulating online showed large chunks of descriptive writings in one of Miao's essays handed in before her death were deleted, without giving reasons or advice on revision. Yuan also said the story lacked "positive energy".

The essay was a review of an excerpt from one of China's four classics, Journey to the West, written by Wu Cheng'en during the Ming Dynasty (1368-1644). 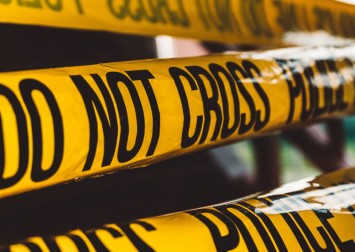 However, Yuan told investigators that Miao made the deletions herself in class after she had twice urged the girl to rewrite the essay, ThePaper.cn said.

But the teacher had left out an obvious, factual mistake-Miao had mistakenly written that the Chinese classic was authored by Luo Guanzhong, the author of another classic, The Romance of the Three Kingdoms. That has raised questions about Yuan's qualifications.

An online influencer named Liushen Leilei wrote on WeChat that what Yuan had deleted were vivid descriptions that abounded in details, which should not have been deleted. The passage got more than 100,000 views and 65,000 likes.

But some netizens have accused of Liushen Leilei of beautifying Miao's essay, saying the revision is reasonable by deleting redundant parts in sketching plots, which should be as concise as possible.