Employees at a homeless shelter in Guangdong province asked for help from a popular news aggregator, toutiao.com, to locate the family of a mentally ill man long stranded at the facility earlier this month.

Using geopositioning, the app, which has millions of followers nationwide, quickly sent out tens of thousands of notifications to users in the southeast of the province to see if anyone knew him. The employees at the Dongguan Relief Station believed the man was from the region. His suspected name as well as those of his parents were included in the message.

Hours later, a call came in saying the man, who had been at the shelter for about 20 months, was their relative Liu Shen, who had gone missing 20 years ago.

Liu is one of many longtime shelter residents who have been reunited with their families, thanks to the assistance of tech firms such as ByteDance, which owns toutiao.com and streaming platform Douyin, and tech giant Baidu. 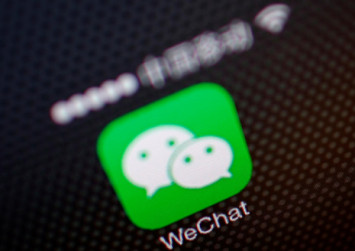 According to the Ministry of Civil Affairs, toutiao.com has sent out almost 37,000 notifications since the ministry signed up the app in 2016 to help trace people. A total of 7,456 cases have been concluded successfully.

The company has since compared the facial images of more than 200,000 people with a database provided by the ministry and the public security authorities, consisting of the personal data of those reported missing by relatives.

The ministry said almost 6,500 people have been reunited with their families so far, reducing the burden on publicly funded relief stations intended to provide temporary shelter of usually less than 10 days.

The efforts have helped longtime shelter residents - mostly seniors or people with special educational needs who failed to offer adequate information and ended up stranded in the facilities - return home more quickly.

Zhou Da, who oversees the Baidu Foundation and the company's charitable initiatives, said the company's technology has in some instances been more effective than human efforts to identify people.

"The system can even tell the difference between almost all seemingly identical twins," he said.

Fewer stranded residents have helped reduce management risks, slashed public funding by billions of yuan, and helped ease the shelters' pressure against the backdrop of the central government cutting many positions in the government reshuffle early this year.

Lin Jiawei, a social worker at the shelter in Dongguan who oversaw Liu Shen's return, said the support from tech giants had accelerated the home-return process and reduced problems at the centres such as overcrowding and lack of funding.

"Longtime shelter-seekers, mostly seniors with dementia or people with mental problems, have to share rooms in groups of seven or eight, which is worrisome given the limited staff at government funded relief stations," he said.

Lin added that there were almost 150 shelter-seekers whose stay exceeded three months when he began working there in September. But the number was down to about 90 at the end of May, with many sent home with assistance from the tech firms.

A total of 5 billion yuan (S$990 million) in public funds had been saved over the last four years, it said.