This needle was removed from a teenage boy’s urethra in eastern China.

A 13-year-old boy in eastern China’s Jiangsu province inserted a 9cm-long sewing needle into his urethra and kept it there for two weeks until it was removed at hospital, according to a mainland television report from Tuesday (Oct 21).

The unidentified boy was sent to hospital in Nanjing, in eastern China’s Jiangsu province, last week when he complained of pain and bleeding during urination, according to Jiangsu TV’s Public & News Channel.

After an X-ray scan found the object, the boy admitted to deliberately putting the needle into his urethra, a duct in the penis used for urination , out of curiosity.

The needle, which he said had been in his body for two weeks, was removed after a surgery that lasted for more than an hour.

“He only came here because he could not bear the pain any more. We saw a needle after giving him an X-ray check. It was very long and had gone quite deep,” said Guo Yunfei, the doctor who treated him from Children’s Hospital of Nanjing Medical University.

The doctor warned that inserting objects into the urethra is very dangerous because the foreign object could lead to infection and urinary bleeding. But he said it is also common among adolescents, who are experimenting with their bodies during a period of physical change.

“We receive such young patients every year with all sorts of strange things. What we saw most in the past were electrical wires and earphone cords, and later we saw needles and magnetic beads,” he said. 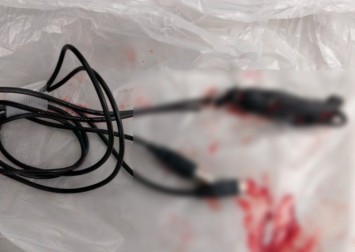 In April last year, doctors in Xian, in Shaanxi province in northwest China, removed an 8cm sewing needle from the urethra of a 12-year-old boy.

In January 2019, another boy at the same age from Wuhan, in central China’s Hubei province, underwent surgery to remove 39 magnetic beads that he inserted into his penis.

A 2019 survey of more than 3,600 people aged between 10 and 18 across 17 provinces showed that only about 20 per cent of them received frequent sex education from their parents or teachers. Over 10 per cent said they never had the chance to learn about it from school or family.

About half of those surveyed said they were once troubled or panicked when they started to go through puberty, according to the joint survey led by the China Foundation of Culture And Art For Children.