A medical worker in a protective suit conducts a nucleic acid test for a Beijing resident, following a new outbreak of the coronavirus disease in June.

The first local Covid-19 cases in northern Tianjin city in 110 days were infected by an asymptomatic carrier who was believed to have contracted the illness in neighbouring Beijing, a Tianjin CDC official said.

“The conclusion is correct and scientific. The most likely method of transmission was human to human but the investigation is continuing in order to find the source of infection and to rule out other possible ways of infection,” Zhang Ying, deputy director of the Tianjin Centre for Disease Control and Prevention, told reporters on Monday morning.

The finding highlights the complex and difficult task China faces in trying to avoid a possible second wave of Covid-19 caused by asymptomatic infections or imported cases.

Cities with severe Covid-19 infections, such as Wuhan where the global pandemic started and Shulan in northeastern Jiliin province, have imposed citywide nucleic acid tests.

Beijing , where 236 people were diagnosed with Covid-19 between June 11 and June 21 – mostly related to the Xinfadi Food Wholesale Market – is also putting in place gradual citywide testing to identify infections in the community.

He was diagnosed with Covid-19 last Wednesday but had no history of travel two weeks before being testing positive. All close contacts of the man took nucleic acid tests and were found to be negative.

The man washed dishes and occasionally cleaned frozen seafood for his work. The centre tested samples of beef, lamb, salmon, vegetables and fruit. They were found to be negative and so were environment samples from the workplace.

Genome sequencing of the man’s virus sample showed it was identical to that found among patients in Beijing.

A breakthrough came last Friday when the Tianjin CDC retested 55 chefs from the hotel, this time using a nucleic acid test to detect the existence of Sars-CoV-2 and a serological test to look for traces of infection. Sars-CoV-2 is the virus that causes Covid-19.

One chef’s serological test came back IgM positive indicating a recent infection, but nucleic acid tests were negative. The chef was tested three more times and the results were the same. 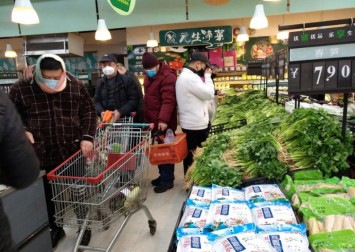 The chef, who showed no symptoms and has been under medical observation as a close contact, was interviewed by Zhang who believed the chef was the source of the infection in Tianjin.

“The chef has been to Beijing many times in the past month and was exposed to public venues. He stayed in a restaurant and an entertainment venue from dinner to midnight on June 8,” Zhang said.

The CDC investigation showed the chef once talked with the first case – the kitchen worker – without a mask on. The two also used a basement smoking room with poor ventilation together once or twice a day.

They were also believed to be in contact when the chef handed over his lunch tray to the kitchen worker, who was responsible for cleaning food residue and washing dishes.

But the chef was not classified as an official asymptomatic carrier because his nucleic acid test was negative. A positive test is the diagnosis threshold in China.

Zhang said it was possible the chef was returning a false negative because he had a low viral load.

The chef was under medical observation for two days before his positive antibody test, cutting off any possible transmission from him.