A handout photo. Karry Wang ended his relationship with Intel when the chipmaking giant banned suppliers from operating in Xinjiang.

One of China's most famous young pop singers announced on Wednesday (Dec 22) he would terminate his brand ambassadorship with US chip maker Intel over the corporation's boycott of products made in Xinjiang due to allegations of forced labour in the western autonomous region.

Karry Wang Junkai's production studio issued a statement that said Intel had refused to "discuss and clarify the issue".

"Mr Wang and this company resolutely safeguard national interests. Therefore, from this day, we will terminate all partnerships with Intel," it read.

Wang's decision to end his relationship with Intel is the latest in a string of celebrities that have cancelled partnerships with western brands that said they would stop buying products from Xinjiang over allegations that Beijing is using mostly Uygurs in the region as forced labour.

In March, clothing giant H&M faced a mass boycott from dozens of Chinese celebrities after the brand said it would not buy cotton from Xinjiang.

Intel's backlash came after it posted an open letter on its website this month that prohibited suppliers from using any labour or sourcing goods or services from Xinjiang as "multiple governments have imposed restrictions" on them. Over a quarter of Intel's total revenue comes from China.

On Thursday, the company said in a statement: "The paragraphs about Xinjiang in the letter were written out of the intention of complying with US laws. We did not mean anything else or to take a stand."

The US has imposed sanctions on private Chinese businesses and individuals over what it says are abuses targeting the Uygur population in Xinjiang. The Chinese government has repeatedly denied the claims and has issued its own sanctions in return.

On Thursday, China's Ministry of Foreign Affairs urged Intel to "respect the facts and distinguish between right and wrong". 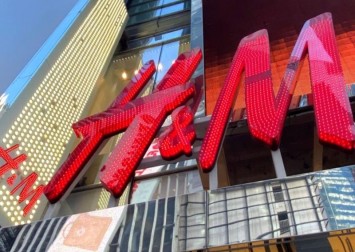 "We have reiterated that allegations about forced labour in Xinjiang are lies built by anti-China groups in the US. Their purpose is to bring shame on China, damage the stability of Xinjiang and curb China's development," said spokesman Zhao Lijian.

He also said that Xinjiang products are of high quality and it would be a loss for certain companies to avoid them.

Wang, 22, is a member of the boy band TFBoys and received widespread praise for his "quick reaction" to the controversy.

"You reacted really fast. I did not even know about this," one user commented under his Weibo statement, which got over 520,000 likes.

The decision comes in a climate of rising Chinese nationalism and an expectation that celebrities be sufficiently patriotic or risk sacrificing business interests and their career.

For his part, Chan issued a statement that said he would "resolutely boycott any behaviour vilifying China".