'Trampling on dignity': Chinese boss pays $2,002 staff compensation in coins, then fined again for being 'disrespectful'

A Chinese court has penalised for a second time a company that fired a woman illegally after it handed her a compensation payment in loose change.

A Chinese company ordered to pay 10,000 yuan (S$2,002) compensation to a worker it illegally sacked has been fined again for paying the amount in loose change, the Southern Metropolis Daily reported on Monday (Sept 26).

The employer, an unnamed health and wellness provider in Hunan province, southern China, paid the money earlier this month with coins it deliberately changed from banknotes in larger denominations, which weighed over 60kg, the report said, citing a decision from the Kaifu District People's Court.

The former employee, with the help of a court official, had to count the coins one by one before the court could record the payment on September 14.

As a result the court imposed an additional fine of 5,000 yuan on the company for "trampling on the dignity of workers" and "wasting the resources of law enforcement".

The unidentified female employee was fired without reason after just two weeks at the company in May.

She took the firm to court and it was ordered to pay her 10,000 yuan in compensation, but it failed to make payment within the time limit set by the court.

A court official then accompanied the woman to the firm to ask for the money. However, when they arrived they were given a pile of coins as payment. 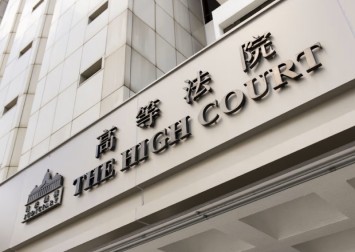 The court was told a staff member of the firm had gone specifically to exchange banknotes into coins from multiple banks at the request of their manager, surnamed Wang.

Wang's behaviour had been "obstructing legal workers in the discharge of their duties" as coins are not a generally accepted form of payment at the company, the court said.

Since Chinese law states all renminbi notes and coins must be accepted as legal tender without any limit, many try and use small coins to repay fines and debts when ordered to do so.

In July last year, a woman in Liaoning province in northeastern China, was offered two baskets of coins supposedly worth 28,700 yuan as compensation after she took her former employer to court and won a payout.

However, the woman refused to accept the payment in coins and called the police as she saw the move as an attempt by her ex-employer to inflict deliberate humiliation on her.