A handout photo. Archaeologists work at a sacrificial pit at the Sanxingdui ruins in southwestern China.

Ancient treasures unearthed at the Sanxingdui ruins in Sichuan province suggest that southwestern China, long considered the periphery of ancient Chinese civilisation, was home to a highly sophisticated culture dating back at least 3,000 years.

Since 2020, archaeologists have unearthed around 13,000 items from the site, including 3,155 largely complete artefacts. However, there are still many mysteries surrounding Sanxingdui and the culture that once flourished there.

Lei Yu, a curator of the Sanxingdui Museum, said that there were three big puzzles troubling archaeologists who study the site.

The first big question: did these ancient people have writing?

"If there is writing, it may be written on silk, wood, bamboo or jade," he said. "I won't believe such a highly developed civilisation did not have writing."

Sanxingdui is believed to have been the centre of the ancient Shu Kingdom, which dates back about 4,800 years. It was conquered by the state of Qin in 316 BCE.

The civilisation in Sanxingdui coexisted with the Shang dynasty, which was centred in the North China Plain and was the first Chinese dynasty with written records.

One artefact that experts hope will contain writing is a bronze cage holding a jade stone. The cage, with its four dragon head handles, was unearthed from a pit last month. The cage is waiting to be cleaned at a laboratory and archaeologists said they hoped to find carved characters on the jade.

"We cannot rule out the possibility. We are speculating that we may find some signs from the silk on the back of the jade and wondering if there might be some kind of information or pattern," said Li Haichao, a professor at Sichuan University who is in charge of the excavation of a pit at the site.

"We need to make a detailed plan for cleaning and do it slowly." 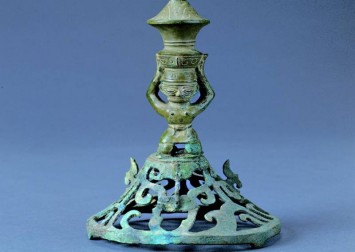 Chinese archaeologists have unearthed over 100 bronze artefacts from sacrificial pits at Sanxingdui, including bronze heads, bronze sacrificial altars and a 4-metre-tall (13-foot) "tree of life".

These have led to another question that has stumped archaeologists: where were these bronze objects made?

Bronze was widely used during the Shang dynasty for everything from holding wine for ritual sacrifices to making weapons and musical instruments. The bronze artefacts found at Sanxingdui were of at least the same quality and craftsmanship as artefacts made at the same time in other parts of China.

"We want to know if the bronze artefacts were made locally and, if they were, where was the workshop?" Lei said, adding that if they could confirm their local origins, it would add to the evidence of a highly developed civilisation.

"There are various theories as to the origin of the bronze artefacts in Sanxingdui, but I tend to believe most of the artefacts were made locally."

The third puzzling question, according to Lei, is where are the emperors of the ancient Shu kingdom buried?

"If Sanxingdui was the capital of the kingdom, it must have had emperors. But we still haven't located any high-grade cemeteries," he said.

Read Also
Why archaeologists are so excited by China's Sanxingdui ruins 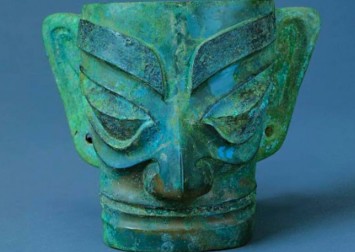 The sacrificial area at the Sanxingdui site includes two pits excavated in 1986 and another six pits discovered between 2020 and 2022. Lei said archaeologists would continue searching nearby because the artefacts in the eight pits were not complete.

Zhao Hao, an associate professor at Peking University and the head of the excavation of another pit, said the newly discovered pits were the most important archaeological finds over the past three decades.

The Sanxingdui site was considered one of the most important archaeological discoveries of the 20th century when archaeologists uncovered more than 1,700 artefacts from two pits. But the earlier discoveries at the site have been dwarfed by the number of items unearthed since 2020.

"It's like we saw the tip of the iceberg before and now we can see more comprehensively," Zhao said.

"The discovery had a new significance for our understanding of the cultural characteristics of the various regions of Chinese society dating back 3,000 years ago."

"Southwestern China, especially the Chengdu plain, was a highly civilised society at least 3,000 years ago. Although we have not yet seen any writings, we can tell it is a highly developed civilisation from the complexity of the artefacts," he said.