An UberEats courier seen at the top of Yushan mountain

A video that showed a Chinese courier delivering a fruit basket to the top of the Taishan Mountain in Shandong on foot created a stir online. Well, the local mountaineer, surnamed Liu, was seen standing at the highest peak of Taiwan - Yushan Mountain with an UberEats delivery bag.

In a Facebook post, a series of photos captured Liu posing at the top of Yushan Peak, North Peak and West Peak with a delivery bag went viral. 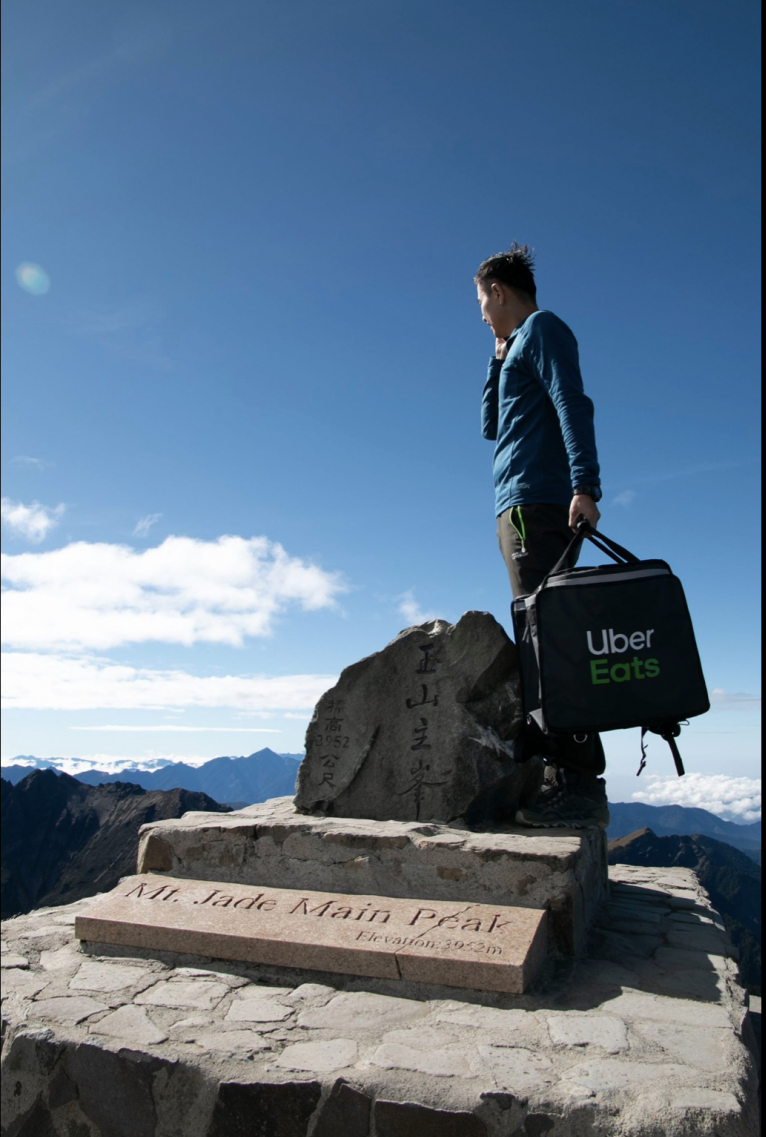 "I'm arriving at the Yushan North, West peaks but still can't find you. Where are you?" Liu wrote in his post. In response to the photos, netizens said: "He is the best courier." 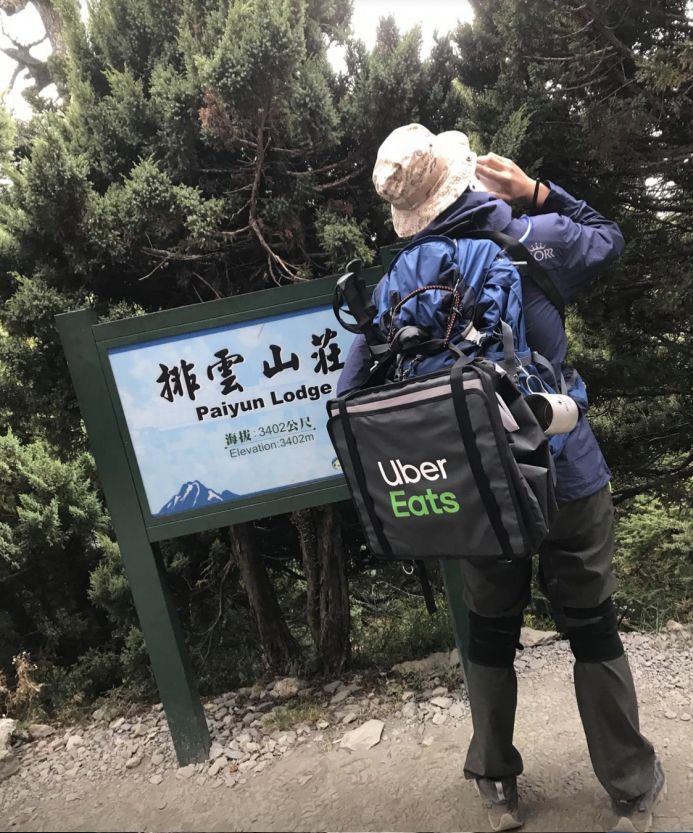 The mountaineer told The China Post that he was trying to be funny, so he carried a delivery bag to the peaks while climbing up to the Yushan Mountain. Besides, he said that carrying a delivery bag wasn't a challenging task and this was the first time he brought it to the mountain top. 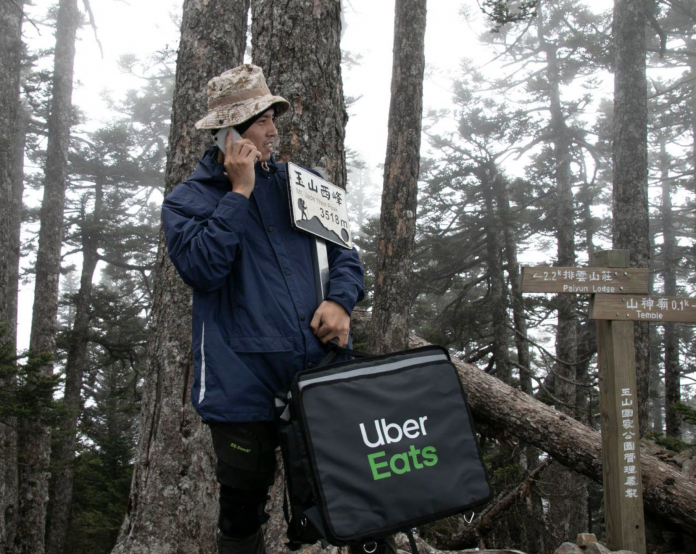 In response to the post, one commented, "That' s so funny," another said, "UberEats should pay you for the advertisement." The other remarked, "What are you doing at the West and North peaks? Your customer is waiting at the East peak."