Ukraine war: This Chinese commoner stopped an invasion from a neighbouring state

Russian president Vladimir Putin’s invasion of Ukraine, an independent and sovereign nation recognised by almost every country in the world, is seen as an unjustified act of aggression by many people, including quite a few Russians.

Instead of a direct armed confrontation with Russia because of its president’s veiled threat of a nuclear option if that transpired, the North Atlantic Treaty Organisation (Nato) countries are supplying Ukraine with weapons to defend itself.

There are also Western-led economic sanctions against Russia and many of its state leaders. Some European nations are opening up their borders to the more than one million Ukrainian refugees who have fled their homes.

In addition to these international responses are the actions of non-state actors taken in protest against Russia’s invasion of its smaller neighbour. Retailers from Ikea and H&M to Burberry and Chanel have either halted or reduced operations in Russia.

In the history of warfare in China, non-state actors were most often passive onlookers, refugees or collateral damage in the fighting, especially in the pre-modern era. Wars were waged by emperors and kings, conducted by military strategists and generals, and fought by professional and conscripted soldiers. 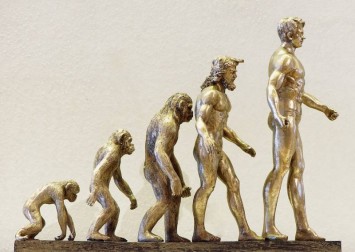 However, over 2,600 years ago, a humble merchant decided not to be a passive player and even managed to prevent his state from invasion and annihilation. China during the Spring and Autumn Period (770 to 403 BC) was nominally under the rule of the king of the Zhou dynasty, but in reality the country was divided into dozens of independent states of varying sizes and military strength that were constantly at war with one another.

The state of Zheng, located in central China, had once been powerful but by 627BC, it had become weak and vulnerable to attacks by stronger states, one of which was the state of Qin in the west. In that year, the ruler of Qin decided to launch a clandestine attack on Zheng. He sent his generals to surreptitiously lead the Qin invading army via the state of Hua, Zheng’s immediate neighbour.

It was at Hua that Xian Gao, a Zheng native who had travelled to the neighbouring state to trade, encountered the advancing Qin troops. Recognising that the invaders would be launching a surprise attack, and sensing that his home state was in imminent danger of being invaded and annexed, he had to act fast.

Putting on his best clothes, Xian Gao presented himself to the generals of the Qin army as the envoy from the state of Zheng bearing gifts from his ruler. These were four pieces of cowhide and 12 heads of his best cattle. His ruse tricked the Qin generals into believing that Zheng was already aware of the surprise attack.

At the same time, Xian Gao had also sent an urgent message to the ruler of Zheng, who quickly sent a convoy of armed men in war chariots and well-fed horses to greet the Qin troops. Seeing how 'prepared' the state of Zheng was, the generals decided to abandon their campaign and return to Qin.

The brave actions of the quick-thinking Xian Gao, a common merchant, saved Zheng from war and destruction. The state would survive for another 252 years before it was annexed by another state. As for the state of Qin, it would grow into a superpower, conquer all the states one by one, and unify China into an empire 400 years later.