A Chinese undercover reporter (seen here with identity disguised) was so committed to exposing a dodgy company he got a job there and worked his way up to an executive position.

When reporter Lao K went undercover working at a used car sales company he wanted to expose a consumer scam. However, he performed so well that he became vice-director of the company with a dozen staff under him before he revealed the company’s corruption.

After the show’s broadcast, companies appear to offer a public apology. In the past it has drawn apologies from famous brands including Volkswagen and Apple.

Lao K recounted his experience on Tuesday in a CCTV video, after the annual show this year.

He revealed that a few years ago, he went undercover at a used car company to expose how it was cheating consumers by charging prices for vehicles that were higher than their true value.

He initially started in sales, an area he had no experience in, but over time improved.

However, later he found out that his job was of limited help to his investigation, as salespeople rarely handle sensitive company data and documents that could serve as evidence.

“I was so anxious that I worked extra hard, and my performance improved exponentially, and I went from a regular salesperson to the vice-director of the company,” he said. “I’ve never been in such a high position that I even felt a little arrogant.”

The new job came with benefits; his salary doubled and was a several times higher than his salary at CCTV. He also had more than a dozen staff working directly under him.

“Since then, my investigative work went smoothly, as I was on the executive board of the company,” he said.

With access to insider documents that showed the company bought and sold used cars at different prices, sometimes more than 5,000 yuan (S$1,032), and was profiting from the difference.

The CCTV director was pleased with his findings but at the same time worried about Lao K, he said. The director called him every day to make sure that he had not “defected” to the other side for the higher salary and fringe benefits. 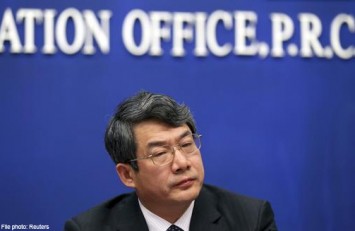 After the 315 show, Lao K had left the car company and is now working undercover elsewhere.

Comments online compared Lao K’s adventures to that of the Hong Kong film Infernal Affairs, during which police and gangs plant moles on the other side.

“If you didn’t tell him to pull back in time, he would’ve become the CEO of the company,” one comment said on Weibo.

“The reporter wanted to be a regular undercover, but his abilities didn’t allow him to stay ordinary,” another said.