Unmarried women in China go to US to freeze eggs

In China, technology to delay children is restricted to people who are married

Freezing human eggs has become a trendy term as news spreads about an employee of Ctrip who obtained the procedure in the United States during the National Day holiday. Ctrip covered most of the cost.

Since summer, the online travel service has provided financial benefits for maternity assistance ranging from 100,000 yuan ($19,971) to 2 million yuan, along with seven days' paid leave for its middle- to senior-level female managers, to help them access technology so they can have babies at a later date. The benefit has no marital status requirement or age limit.

Female employees are able to pick a service provider for their treatments. In the case of freezing eggs, they can receive a maximum of 100,000 yuan, with any remaining expense borne by themselves.

"It takes only a week to go to the US to have eggs frozen, so I chose the weeklong National Day holiday, which didn't affect work at all," said a female Ctrip employee who asked not to be identified by name.

She admitted feeling relief after the procedure, which "eased the pressure of getting married and having a family from my parents and myself".

Read Also
For a woman in China, online shopping comes first before surgery 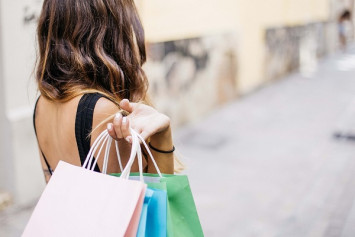 Ctrip claims to be the first Chinese tech company to offer such an allowance, although the practice is not new internationally. Facebook started offering similar family-friendly benefits in 2014 and Apple followed in 2015.

The benefit has been hailed by many amid increasing demand for fertility assistance - services that are costly in China and available only to married women.

The technology for freezing eggs was relatively unfamiliar to most Chinese until 2015 when actress Xu Jinglei, who was 40 years old, admitted she had frozen some of her eggs in the US in 2013. "It was the only way I could ensure that I would be able to have a baby later in life," she said.

Her sentiment has been shared by millions as more women in the country look to postpone having a family until after securing their careers.

"For singles over 30, like me, egg-freezing technology seems like fertility insurance for my future family," a woman from Taiwan, 31, commented online.

Xu's action spurred a nationwide debate. In China, egg-freezing is a supplementary measure associated with in vitro fertilization that is available only to married women who need treatment for infertility or who are unlikely to conceive naturally. In the US, however, there are no such restrictions.

Liang Jianzhang, co-founder of Ctrip, said the financial benefit was put forward to help the company's female employees of childbearing age balance the demands of work and establishing a family.

"Assisted fertility, such as egg-freezing, is being accepted by more Chinese women as they opt to postpone marriage and pregnancy," Liang said.

Zhang Xin, founder of IVF USA, an overseas medical service agency based in Zhejiang province, said recently that business from Chinese women wanting to preserve their eggs in the US has grown sharply.

"China has the fastest-growing market of customers in need of egg-freezing, and it is likely to overtake the US in the next three years due to the country's large population," Zhang said.

Zhang said the best age for women to freeze eggs is before 40. Most of the company's current clients were born in the 1980s and 1990s.

"Some have told me that they enjoy single life and are unclear about motherhood. The procedure gives them an option," he said.