Shortages of some category 1 vaccines, which are provided free of charge by the government, have become more frequent in China recently, CCTV reported.

Shenzhen's Center for Disease Control and Prevention announced in early July that the city was experiencing a serious shortage of DPT (diphtheria-pertussis-tetanus) vaccines, which fell 175,000 doses short of demand. Supplies also couldn't meet the demand for other category 1 vaccines, including those for leprosy, Japanese encephalitis (JE) and epidemic cerebrospinal meningitis group A and C.

According to Guangxi's Center for Disease Control and Prevention, the area was in short supply of five category 1 vaccines: leprosy, MMR (measles-mumps-rubella), DTP, hepatitis A and JE. The leprosy vaccine supply faced the largest gap with its demand, with a supply rate of less than 20 per cent.

A woman surnamed Long from Nanning, Guangxi, said the DTP vaccine had been out of supply since May 8. Her 8-month-old child should have completed vaccinations for another two injections by now, but the process was suspended for over two months, making her a bit worried. 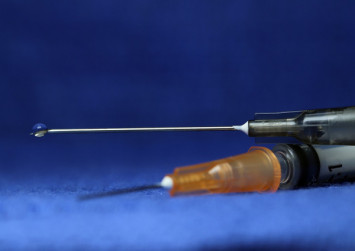 Many parents in Guangxi have had the same worry as Ms. Long. Another Nanning resident said he had chosen to pay for the vaccine rather than keep waiting until free vaccines became more available.

Running out of vaccine stock has been a nationwide phenomenon, mainly caused by the insufficient production capability of manufacturers, said an official from the Disease Control and Prevention Center in Guangxi.

Currently there is no sign that the supply and demand gap can be filled in the short term, the official added.

According to a report from Beijing News, regions including Sichuan, Gansu, Guizhou, Anhui, Shaanxi and Hainan also have reported shortages in supplies of certain category 1 vaccines.

The official suggested parents can choose to pay on their own to have children receive category 2 vaccines, which, like category 1 options, can also provide immunity against diseases.