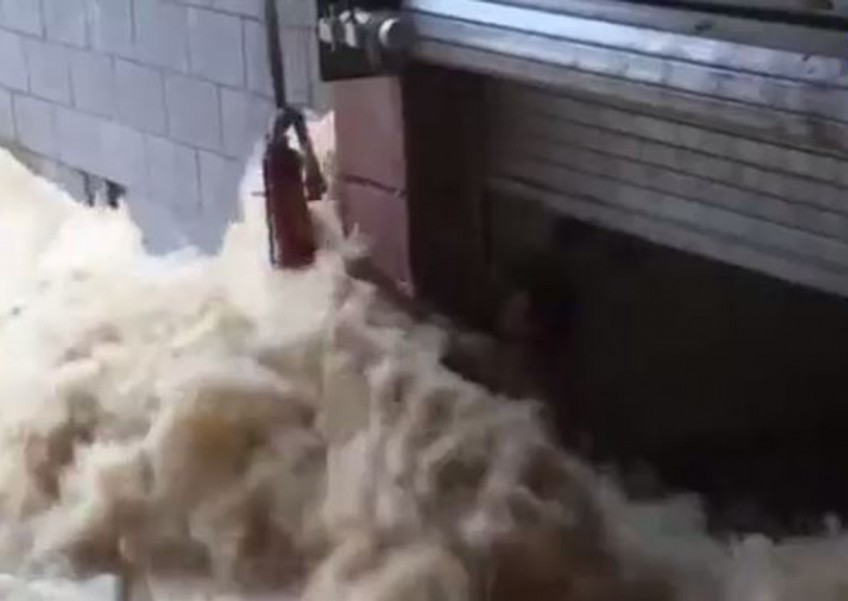 GUILIN, China - A man trapped in an underground parking lot by floodwater was rescued just in time on Sunday in Yangshuo County of south China's Guangxi Zhuang Autonomous Region.

Before the man got stranded, he had been engaged in directing drivers to evacuate their cars from the parking lot, but he missed the best time for withdrawal.

At first, the rescuers decided to send a fire hose as a "rope" to the trapped man so that he could catch it and climb up along the hose.

But due to the surging floodwater, the man failed to grasp the hose.

Huang Shuyu, the rescuer who sent hose to the trapped man, is the man's colleague, also working at the same parking lot.

"I didn't think how dangerous it is to rescue him. I felt not so afraid, but I really wanted to rescue the colleague from floodwater with others. You see, the flood water was soaring. Only two or three minutes after we saved him, the floodwater had overwhelmed the parking lot. So our rescue was launched right in time," said Huang.