'We will keep your secrets', China promises foreign companies with new law

The Great Hall of the People where delegates to the National People's Congress were handed the latest draft of China's new foreign investment law.

Chinese officials will be obliged to protect commercially confidential information they obtain from overseas businesses, according to the latest draft of China's new foreign investment law.

Delegates to the National People's Congress (NPC) in Beijing were presented with the new version on Tuesday, after last week's version received a lukewarm response from foreign businesses and academics in China.

Provisions have been added to the legislation which make clear that government employees must keep secret any confidential commercial information from foreign firms and must "not leak or give to others illegally".

The law, which is due to come into effect on January 1, 2020, will make it illegal for officials to misuse critical information or to provide it to local Chinese firms, on pain of administrative or even criminal punishment. Beijing is also promising a level playing field for investors with the new law, in an effort to reassure the global investment community as China's attractiveness as an investment destination wanes amid rising costs at home and growing hostilities abroad.

The foreign investment law stipulates clearly that China will give equal treatment to foreign firms in government procurement of not only products, but also services. The earlier draft only mentioned products. 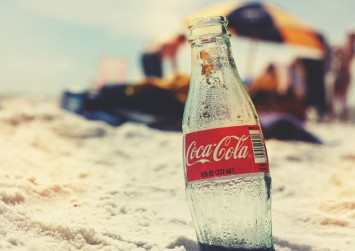 The legislation is also seen as Beijing's answer to growing complaints from Washington that China is forcing foreign investors to transfer technologies to local partners or "stealing" technologies from US firms - a complaint underlying Washington's decision to start a tariff war against China. The Chinese government has denied these allegations.

China's lawmakers have reassured investors from Hong Kong, Macau and Taiwan that their investment in China will not be hindered or restricted by the new legislation, even though they are not specifically mentioned in the text.

A statement issued by the NPC's law committee on Tuesday said it was "appropriate and feasible that the foreign investment law contains no specific clauses over its applicability to Hong Kong, Macau and Taiwan investors".

This, it said, was because existing State Council rules and regulations would continue to apply and the law "would not affect or change institutional arrangements or actual operations that have proved effective for many years, nor generate any hindrance or restriction over investments from Hong Kong, Macau or Taiwan".