One of China's leading social media platforms announced on Monday that it had silenced a number of leading opinion formers, including Yu Jianrong, a popular outspoken liberal intellectual with more than seven million followers.

Sina, the owner of the Twitter-style microblog Weibo, announced officials on Monday that "according to the relevant laws and regulations", it had suspended or shut down more than 50 accounts which published "politically harmful information".

Alibaba, the owner of the South China Morning Post, is a major shareholder in Sina.

The purge comes amid a growing crackdown on social media as the government pushes tech companies to do more to censor content.

Yu, a researcher at the rural development institute of the Chinese Academy of Social Sciences, was told that his Weibo account would be suspended for 90 days.

"I feel odd. I don't know which of my comments violated the country and Sina's regulations," Yu told the Post. He said he had not posted any political content on his account for two years.

"Every day, I post about art. They can't find any 'politically harmful information' in my posts, but it's up to them." Yu said.

Weibo's vague definition of "politically harmful information" includes not only content that violates the law or the constitution, undermines national unity and incites hatred, but also bans spreading rumours and publishing "adverse information" that could undermine "social morality".

Yu said he had initially received a message from the Weibo official account on April 4, which said his account would be suspended for 180 days. Later that day he received a second message to say that had been shortened to 90 days. 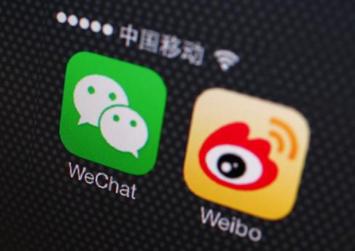 He came to prominence in 2011 by posting a set of photographs of child beggars in the hope of reuniting them with their parents and starting an appeal for book donations for rural areas.

The following year he posted a broad-ranging set of proposals for economic and social reform including calls for greater democratisation and an end to media censorship.

Others who were silenced for 90 days include Wang Xiaolei, a former journalist with the official news agency Xinhua, who had half a million followers and used the alias Liushen Leilei.

He has denied posting about politically controversial matters, but his posts about classical Tang dynasty poetry and the hugely popular martial arts stories of Jin Yong (the pen name of Hong Kong journalist Louis Cha) have been taken by many to contain veiled allusions to current events.

Weibo's action follows a series of crackdowns on social media as the authorities move to tighten their grip on the online sphere.

In 2013, hundreds of people were detained across the country on charges of "inciting trouble" and "posting unverified or critical information" on Weibo.

In October 2018, nearly 10,000 social media accounts were shut down and the two main social media platforms Weibo and WeChat were given "serious warnings" for their "irresponsibility and lax management"and allowing the platforms to "grow wild and create chaos".

However, Yu said many of those targeted in the latest purge should not be seen as political.

"I used to talk about politics and the constitution, but I don't say anything now," he said.

According to a study by Hong Kong University's journalism and media studies centre, the most widely censored words and topics last year included the trade war between the US and China, American sanctions on the telecoms giant ZTE and the arrest of Huawei executive Sabrina Meng Wanzhou.

In January, the Cyberspace Administration of China said that it had scrubbed the web of more than seven million items in less than three weeks and deleted more than 9,300 smartphone apps to screen out information deemed inappropriate or harmful.