Pac-Man was a hugely popular video game in the 1980s.

What can scientists learn by teaching 2 monkeys to play Pac-Man?

Quite a lot it seems, according to researchers at the Chinese Academy of Sciences.

A team of neuroscientists from the academy said they used the classic video game to look at the way the primates made decisions.

The result was the first study of its kind to show that monkeys were capable of formulating strategies to simplify a sophisticated task, they said.

“To our knowledge, this is the first quantitative study that shows animals develop and use strategies for problem solving,” Yang Tianming, corresponding author of the study, said on Twitter.

The results were published in the peer-reviewed scientific journal eLife last month.

The scientists used artificial intelligence to come up with a statistical model to find out whether the monkey’s behaviour could be broken down into a set of strategies.

The model consists of a set of simple strategies, each considering a specific aspect of the game to form decisions on how to move Pac-Man.

The monkeys were then trained to use a joystick to manoeuvre Pac-Man around a maze to collect snack pellets and avoid ghosts. The monkeys received fruit juice as a reward instead of earning points.

Yang and his colleagues found the monkeys understood the basic elements of the game because they tended to choose the direction with the largest local reward and knew how to react to ghosts in different modes.

They also found the model reflected the monkeys’ Pac-Man game play with an accuracy of over 90 per cent in the experiment, they said.

More importantly, the researchers found that the monkeys adopted a hierarchical solution for the Pac-Man game by using one dominant strategy and only focusing on a subset of game aspects at a time.

The researchers said the study was significant because it was quantitative and examined complex tasks. 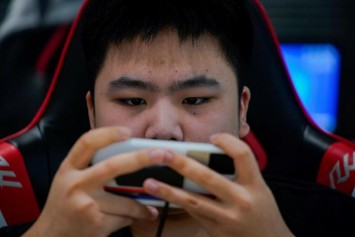 “Most decision-making studies in the field use rather simple decision tasks. They might not be sufficient for us to understand the full cognitive capacity of the brain,” said Yang, who is the laboratory head of CAS’s Laboratory of Neural Mechanisms of Decision Making and Cognition in Shanghai.

“By establishing a new behavioural paradigm that is both sophisticated and quantifiable, we hope to gain a better understanding of the neural mechanism of cognition.”

The study said the findings paved the way for further understanding of the neural mechanisms underlying sophisticated cognitive functions. The researchers said the study also shed light on building smarter artificial intelligence systems in the future.

The editor’s evaluation on eLife said: “This novel experimental paradigm allowed the authors to analyse and model the kinds of heuristic behavioural strategies monkeys use to solve relatively complex problems. The results provide insight into higher cognition in primates.”