What Xi Jinping's 'unscripted' moments at G20, Apec reveal about future of diplomacy

Chinese President Xi Jinping shed his mask and smiled during a pair of summits in Southeast Asia last week.

President Xi Jinping's unscripted moments during the summits in Southeast Asia last week offered rare insights into the country's most powerful leader in decades and reassurances about his post-pandemic diplomacy.

In contrast to his hardline approach at the Communist Party's national congress last month, where he clinched an unprecedented third term, Xi appeared cordial and cooperative at the Group of 20 summit in Bali and the Asia-Pacific Economic Cooperation (Apec) forum in Bangkok last week.

He shed his mask, smiled and sought to reaffirm China's commitment to the region and global governance during a flurry of formal meetings with over 20 foreign leaders, including US President Joe Biden and Japanese Prime Minister Fumio Kishida.

While China's foreign policy regarding major powers and geopolitical hotspots has largely remained unchanged, Xi's soft and warmer-than-expected tone appear to have made an impression, making him one of the most sought-after leaders at the events.

China's first couple was visibly moved when a birthday cake was presented to Xi's wife Peng Liyuan at a banquet hosted in their honour by Thai Prime Minister Prayuth Chan-ocha on Saturday.

According to a video released by the Thai government, Peng, who turned 60 on Sunday, cut the cake, while Xi, Prayuth and his wife clapped their hands.

Pang Zhongying, a professor of international affairs at Sichuan University, said those moments were revealing, as it had been "very unusual" for Chinese leaders to show their personal side in recent years.

"It serves to underline China's importance in the regional order and global economic recovery and how countries, such as Thailand, have tried to curry favour with China in a bid to forge closer trade and economic ties with Beijing," he said.

Xi, who was on his first state visit to Thailand as president, hailed ties with Bangkok as being "as close as one family", while Prayuth vowed to accelerate construction on a Thai-Chinese railway project and welcomed more Chinese investment to help his country's post-pandemic recovery.

On other occasions, especially when dealing with criticism of Beijing's policies, the Chinese strongman was not shy about sharing his feelings.

In an unusual display of candour, Xi had a tense exchange with Canadian Prime Minister Justin Trudeau on the sidelines of the G20 summit, where his complaints about "inappropriate" media leaks from their informal meeting were captured on video.

China's foreign ministry insisted nothing Xi said should be interpreted as a dressing down or a threat and instead blamed Trudeau's government for the decline in bilateral ties.

For most people, it was their first time seeing Xi express himself in such an unscripted manner, according to Benoit Hardy-Chartrand, an international affairs expert at Temple University Japan in Tokyo.

He said Xi's parting comment to Trudeau calling him "very naive" was "clearly meant as a message to consider the potential consequences of his government's actions on Sino-Canadian relations".

"As far as leaders' interactions go, however, even though it was unusual, we shouldn't make too much of it beyond the fact that it highlights the deterioration of their bilateral relations. It will not have much impact on the direction of Canada's approach towards China."

Former American diplomat Robert Daly said it was striking that "Xi scolded, threatened and insulted the leader of a G20 nation, and he obviously knew that cameras were present".

To the average Western observer, Xi does not come across as a warm leader, according to Daly, director of the Kissinger Institute on China and the United States at the Washington-based Wilson Centre.

"He doesn't make himself knowable, which is in keeping with Chinese political culture: The symbol of the nation must transcend personality. This quality may make him appear strong and reliable to China's domestic audience, but it can be alienating to non-Chinese," he said. 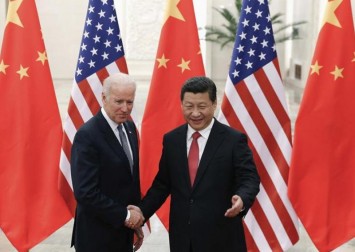 Observers generally spoke positively about China's recent efforts to ease tensions and mend ties with the US and other countries.

It was clear from Xi's engagements with various leaders that personal diplomacy would play a key role in his new era of international relations, said Gal Luft, co-director of the Washington-based Institute for the Analysis of Global Security.

"There are those he likes and those he dislikes. His body language was telling," he said.

According to Luft, Xi could not hide his suspicion of German Chancellor Olaf Scholz or his apparent "antipathy" towards Trudeau. He did not meet British Prime Minister Rishi Sunak or EU leaders Ursula von der Leyen and Charles Michel, who have labelled China a systemic threat.

"These are leaders with whom [Xi] can do business," Luft said.

"He made it clear that he will not befriend those who present China as a threat, those who disrespect China's core issues or – worst of all – those two-faced leaders who disparage China publicly while behind the scenes [are] trying to score economic gains from it."

"Xi's attendance at these summits marks the return of Chinese regional diplomacy, and it's also in part competitive: If Biden is attending, it gives no reason for Xi to miss out and let Washington seize the initiative," said Collin Koh, a research fellow at the S. Rajaratnam School of International Studies at Singapore's Nanyang Technological University.

In a thinly veiled message aimed at Washington, Xi said in a written speech at the Apec meeting last week that the Asia-Pacific was "no one's backyard" and should not become an arena for big power contests.

Although Xi and Biden did not achieve many concrete results in their first in-person meeting since the latter took office, their talks on the sidelines of the G20 summit last week were widely seen as a success as both sides agreed to resume dialogue and co-operation.

Xi expressed concerns about the perceived hollowing out of Washington's long-held one-China policy and urged the US to match its words with its actions on Taiwan, which he labelled "the first red line that cannot be crossed " in bilateral ties.

According to Zhiqun Zhu, a professor of international relations at Bucknell University in US, Biden's stance on the self-governed island appeared to match that of former president Bill Clinton during his 1998 visit to China – a position seen as a victory for Beijing.

According to the Chinese readout, Biden said the US did not seek a new Cold War, conflict with China or "decoupling", nor did it support "Taiwan independence", "two Chinas" or "one China, one Taiwan".

"This goes beyond the usual statement that only says the US does not support Taiwan independence. This is a little reassurance to Beijing, but probably not to Taipei's liking," Zhu said. 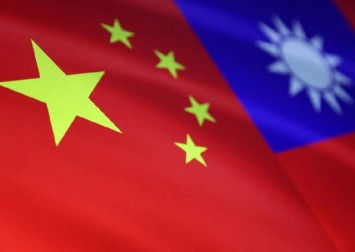 But both sides remain sceptical that the other will honour its commitments. "The US government is unlikely to halt its effort to strengthen relations with Taiwan and to play the Taiwan card in the US-China rivalry," he said.

In his meeting with Kishida in Bangkok on Thursday, Xi said the two countries should be "partners, not threats", despite their enmity over territorial and historical issues and Japan's pro-Washington stance.

Xi also urged countries in the region, including Washington's five treaty allies – Japan, South Korea, Australia, the Philippines and Thailand – to "uphold strategic autonomy", "reject conflict and confrontation" and prevent geopolitical tensions from spilling over into their co-operation with China.

Zhao Ma, an associate professor of modern Chinese history and culture at Washington University in St Louis, said Xi was keen to use face-to-face meetings to explore areas of consensus with individual countries and then build an issue-based coalition against Washington's containment.

"China's strategy of 'divide and conquer' will continue in years to come," he said.

Ma said the trip went better than expected because "nobody, including Xi himself, expected that this trip could solve any major problems".

While Xi's rhetoric has not substantially changed, Hardy-Chartrand said the Russian invasion of Ukraine and the ensuing global instability only served to highlight the uncertainty of the current situation, "which is why he has taken every opportunity to hammer home this message in multilateral and bilateral settings".

"This is where his personal diplomacy comes into play. He believes one-on-one meetings can help stabilise relations that are in need of repair, such as China's ties with the US and Japan," he said.

"In that sense, Xi's meetings with Biden and Kishida seem to have been, at the very least, successful in leading all sides to agree on the need for greater communication and guardrails to prevent further deterioration."

However, the American and Japanese positions on issues such as Taiwan, the Russian invasion, the South China Sea and human rights are so at odds with China's that "it will take much more than personal diplomacy to fully repair those ties", he said.

Noah Barkin, managing editor of the Rhodium Group's China practice, noted that European countries face a difficult choice over how to approach China in the wake of Russia's invasion of Ukraine.

Last week, French President Emmanuel Macron urged an end to superpower "confrontation" and called for "close co-operation" with Beijing. He echoed Germany's Scholz, who visited China earlier this month, by calling on Beijing to use its influence over Moscow to stop the war.

"[European leaders] are saying to themselves: If Berlin isn't following through on its promises of a tougher China policy, why should we do so?" Barkin said.

"We saw this dynamic play out at the G20 meeting, where several European leaders seemed to go out of their way to ingratiate themselves with Xi and hype the role that he is likely to play in constraining Putin." 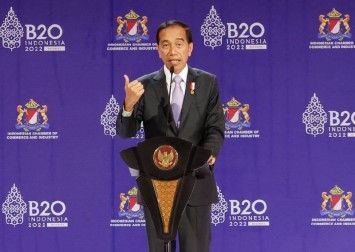 Robert Sutter, a veteran China expert at George Washington University, attributed Xi's softer approach in the past week in part to the Biden administration's effective handling of China.

"Xi's more cooperative and flexible international bent with the US, and seemingly others, may be connected in part to the firm US policy actually being effective in creating circumstances that make it in China's interests to shift from the previous posture to a more flexible posture," he said.

Sourabh Gupta, a senior fellow at the Institute for China-America Studies in Washington, said while Xi's appeal should not be overestimated, the success of his trip underlined the fact that bilateral ties are dictated by interests, with some aligning and others diverging.

Gupta said "the body language and warmth" seemed to have made a major difference in Bali and Bangkok.

"It is easier to turn on the charm and strike a chord in person than over a screen," he said, adding that in-person meetings between leaders could push them to find common ground rather than accentuate differences.

Gupta said Xi's candour with Trudeau was a welcome change, although such outbursts should only be employed on rare occasions.

"Too often, the problem with China's Xi and other senior Chinese leaders is the opposite – a scriptedness of message and style, to the point where he can barely get beyond honourifics when addressing counterparts," he said.

"It would help his cause if he could credibly show that communists are not wooden creatures. After all, candidness and spontaneity can be a positive trait, too."