'Where is Peng Shuai?' Chinese player not seen since post about sex assault

The Women’s Tennis Association has called for a “full, transparent investigation” into Chinese player Peng Shuai’s allegations of sexual assault against a former senior Chinese leader.

The Women’s Tennis Association on Sunday called for a “full, transparent investigation” into Chinese player Peng Shuai’s allegations of sexual assault against a former senior Chinese leader and demanded an end to censorship of the former top-ranked doubles player in China.

Peng, 35, alleged on social media in China early this month she was coerced into sex by the former leader in 2019 and maintained a sexual relationship with him until October.

Peng’s post, which was deleted about half an hour after it was published, stated that she could not provide any evidence to prove her allegations.

WTA chairman and CEO Steve Simon said in a statement that Peng’s allegations should be “investigated fully, fairly, transparently and without censorship”.

“Her accusation about the conduct of a former Chinese leader involving a sexual assault must be treated with the utmost seriousness,” Simon said.

“In all societies, the behaviour she alleges that took place needs to be investigated, not condoned or ignored. We commend Peng Shuai for her remarkable courage and strength in coming forward. Women around the world are finding their voices so injustices can be corrected.

“We expect this issue to be handled properly, meaning the allegations must be investigated fully, fairly, transparently and without censorship.”

The WTA statement did not identify the Chinese leader. Staff at the WTA’s Beijing and Shenzhen offices declined to comment further on the matter on Monday.

Chinese foreign ministry spokesman Wang Wenbin earlier declined to comment on the allegations, saying they were not foreign affairs matters.

Another spokesman, Zhao Lijian, repeated that comment on Monday when asked about the WTA statement, adding that he was not aware of the matter. 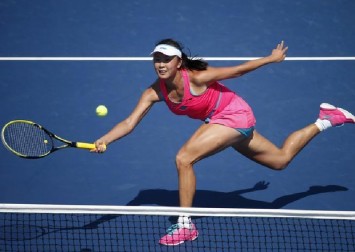 Peng has not been seen in public since the post, prompting concerns over the allegations in the tennis community. Messages relating to Peng’s allegations were heavily censored on China’s internet and social media platforms.

Several attempts by the South China Morning Post to contact Peng were unsuccessful. One person who used to work for her publicity team also said he was not able to reach the player.

“I tried to call her a few times after friends told me about her post, but couldn’t reach her,” the person said, declining to be named because of the sensitivity of the matter.

“I’ve known Peng since she was 14; We should all be concerned; This is serious; where is she? Is she safe? Any information would be appreciated,” Evert tweeted.

Peng was the world number one doubles player in 2014, the first Chinese player to achieve a top ranking, after winning the doubles titles at Wimbledon in 2013 and the French Open in 2014.