Singapore has emerged as a preferred destination over Hong Kong for mainland Chinese tourists, despite the Lion City having a relative lack of natural attractions.

Mainland Chinese tourists prefer visiting Australia, Japan and Singapore over Hong Kong, a survey has found, citing a preference for outdoor and nature activities in these places.

Consultancy firm Kantar, which polled 300 people from Beijing, Shanghai, Guangzhou and Shenzhen, found that 52 per cent of respondents were interested in Australia as a holiday destination, followed by 40 per cent for Japan, 38 per cent for Singapore, and 35 per cent for Hong Kong.

"Urban Chinese holidaymakers are looking for a diversity of experiences - nearly nine in 10 say that having lots to do is either important or very important to them," stated the report, released last month.

"The dominance of nature in the minds of urban Chinese leisure travellers may, at face value, present a challenge for retailers, malls, theme parks and other places."

The report stated that the trend could be an indication for businesses on potential growth directions.

Read Also
Hong Kong falls to 41 in liveability rankings, and Singapore is No 1 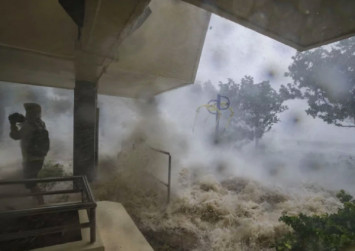 Despite Hong Kong not being the top destination for Chinese tourists in the poll, official figures showed visitor arrivals in the city - driven mainly by mainlanders - soared to a record high of 65.1 million last year, up 11.4 per cent from 2017.

About 51 million tourists from across the border visited the city in 2018, a rise of 14.8 per cent from the previous year.

But the Tourism Board has admitted that 2019 could be a "bumpy and unpredictable" year. Chinese tourists now see the city as a short-term destination, and they prefer Southeast Asia or Europe for long holidays.

The board said Chinese tourists also craved "in-depth" travel in Hong Kong rather than the usual hotspots. One of the board's strategies this year will be to attract mainland and overseas visitors to places such as the Geopark, the Ha Pak Nai mudflat in Yuen Long and Lau Fau Shan.

The Kantar report also stated: "Hong Kong outperforms Singapore on most factors, but when it comes to perceptions of safety and cleanliness, Singapore dominates all [Asia-Pacific] markets, though it is held back by its lack of nature and outdoor [activities]."

It acknowledged that Hong Kong had a "relative abundance of natural attractions" compared to the Lion City.

On preferences for nature and outdoor activities in the eight destinations listed in the survey however, only 22 per cent of respondents indicated an interest in what Hong Kong had to offer, compared to 62 per cent for Australia, 42 per cent for Japan, 32 per cent for Indonesia, 31 per cent for Taiwan and 29 per cent for Singapore.

Kantar's group director, Mike Underhill, suggested that to boost Hong Kong's attractiveness as a tourism haven, unique sporting events could be held, such as a mountain marathon.

"I'm not saying it's an easy thing to do, but if such an event is created, it will [capitalise on] an emerging trend among Chinese tourists to help grow a niche sector, thereby raising the perceived uniqueness of Hong Kong." 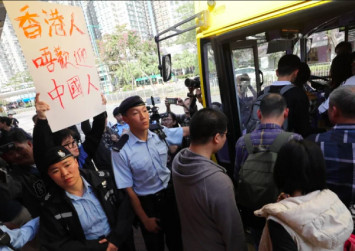 Jenny Zhang, 29, an accountant from Beijing, is among those for whom Hong Kong does not rate highly as a destination.

"I would choose other places because I have visited Hong Kong several times already. But if I am in transit here to somewhere else, I would visit the city," she said. "The world is huge and there are many places I have not been to. I love to see natural attractions and take in the culture of other places."

Asked to rank the eight destinations in the survey, Zhang placed Hong Kong in last place. Her top choices were Australia, Japan and Indonesia.

But Chen Peng, 36, from Tianjin is among those who still enjoy coming to Hong Kong after visiting the city six times. This month, he took his daughter to Disneyland for the first time.

"My wife loves Japan and so I would choose Japan as my top choice. For me though, Hong Kong is my No 1 choice," he said.

"When I come, I mostly go shopping with my wife and meet friends. I would go to Harbour City and Central."