Why did an elite Chinese university offer big money to the best students?

China's education authorities have ordered an elite university to stop offering as much as 500,000 yuan (S$98,4000) in the race to attract the country's top-scoring high school students.

In a notice issued on Monday, the Ministry of Education told Zhejiang University in Hangzhou to stop using financial incentives to lure the best performers in the gaokao, the National Higher Education Entrance Examination.

The order was issued after Zhu Zuoxiang, the university's director of student recruitment, told Zhejiang TV on Saturday that the top 100 scorers in the exam were eligible for 500,000 yuan if they accepted a place at the institution. Students who ranked in the next top 200 places could qualify for 200,000 yuan.

The gaokao exams - the only criterion for admission to college in China - took place at the start of this month, with the results released in the past few days.

In its notice, the ministry urged the university to comply with student enrolment "discipline", news portal Thepaper.cn reported.

"We also noticed that some of your teachers engaged in recruiting students have circulated the rewards on WeChat," the ministry said, referring to the popular Chinese social media platform.

The authority ordered the university to rectify any irregularities and report back to the ministry.

Neither the ministry nor the university responded to requests for comment on Wednesday.

The ministry previously identified "30 mustn't dos" for universities when recruiting students, but competition for the best and brightest remains fierce.

According to the list, universities cannot offer high monetary rewards, and are prohibited from promising students that they can transfer to other majors after they enter the university. The universities are also not allowed to promise places to students before they are officially offered one by higher education authorities.

Wu Zunmin, a professor of education at East China Normal University, said that using money to attract students went against the basic principles of education.

"A student should choose a university based on its academic environment, his or her major and his or her own interest, rather than the money the university can offer for studying there," Wu said. 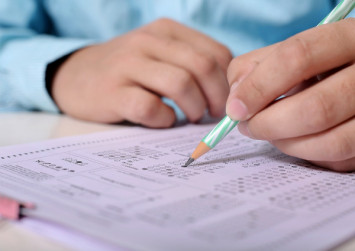 "This is a very vicious method to attract students."

Wu said he was "shocked" to see that even Zhejiang University, one of the top five universities in mainland China, was so anxious to get top-scoring students.

"In the past, elite students strived to get into these very top schools. The universities did not need to do anything except wait to take the most outstanding applicants," he said.

Wu said the tables were beginning to turn for elite universities because more top students were going overseas to study and there were fewer high school graduates because of falling birth rates.